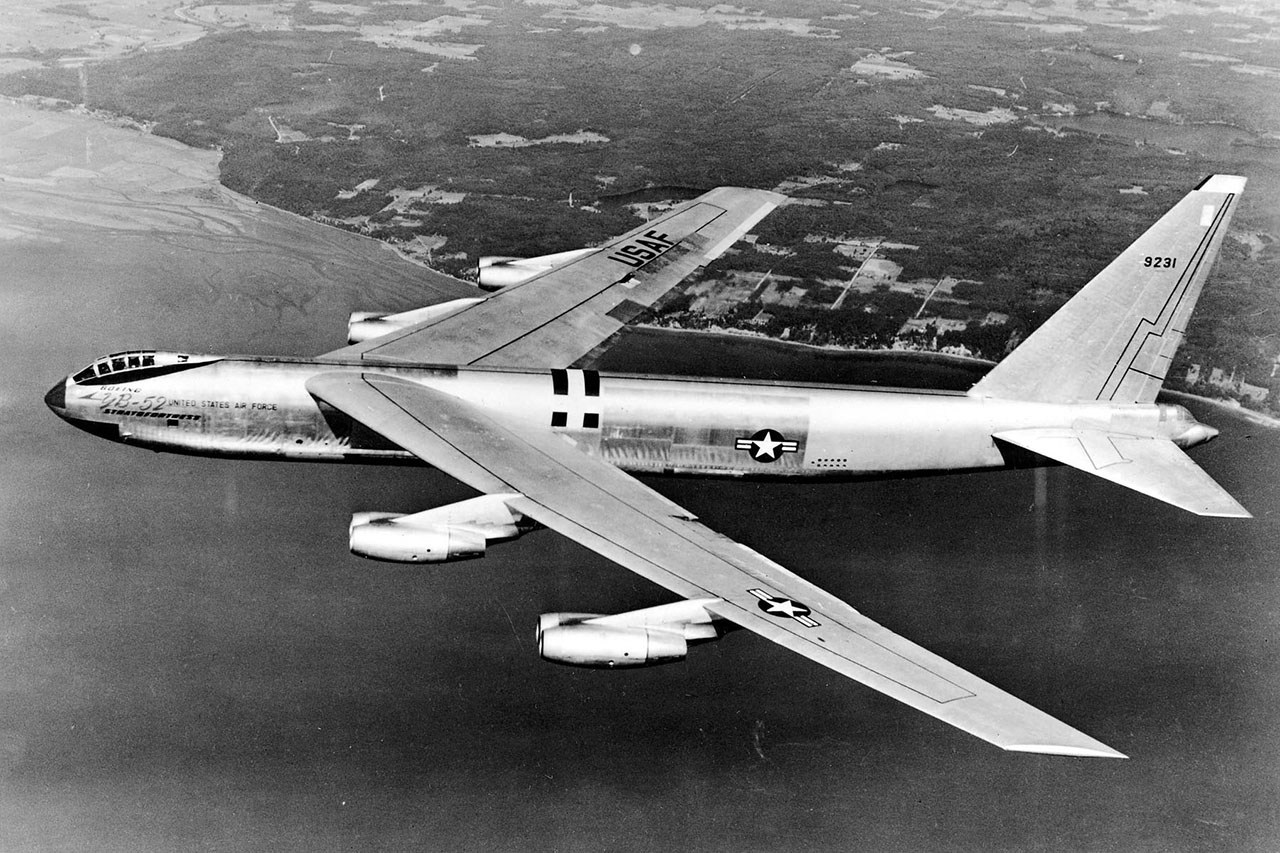 Boeing’s big eight-engine B-52 became the heavy bomber that the United States used to present its nuclear Cold War face to the world. The engines, two coupled pairs per side, were the best Boeing could do in the early 1950s, though as engine technology has improved, so, too, has the B-52’s useful life. It has been in continuous service since 1955, and the approximately 750 units that Boeing built between 1952 and 1962 proved enough to keep the big bird flying high for 65 years.