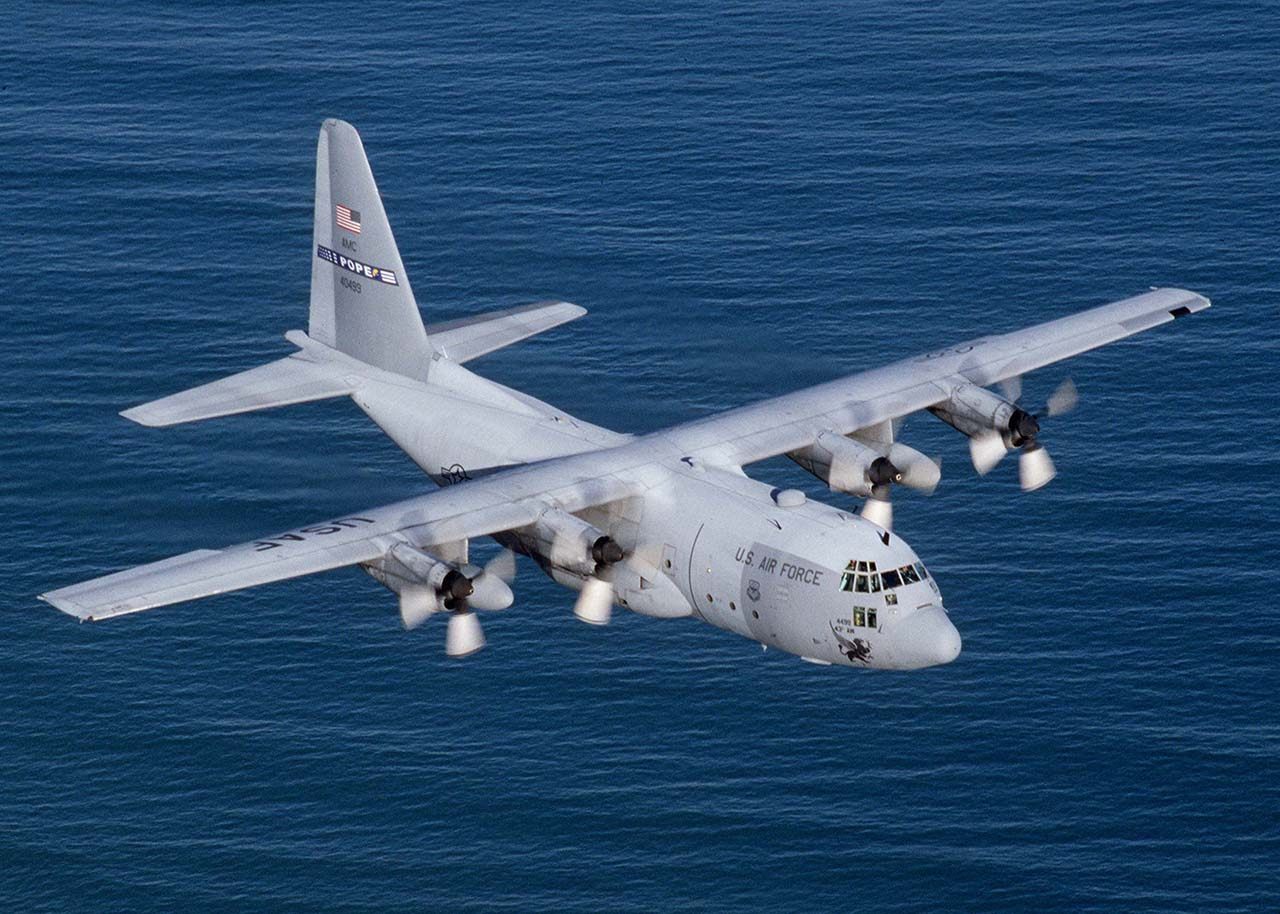 The test of time is a good way to judge success, and in a marketplace like aviation, utility and reliability go a long way toward keeping customers satisfied and budgets in the black. The C-130 Hercules, a medium transport built by Lockheed-Martin (just Lockheed for much of its production life) is just such a plane. The big, four-engine transport is not only rugged and reliable, but it’s also highly convertible, so it can play several different roles, from search and rescue to troop hauling to cargo transport to surveillance and more. The plane is one of the longest-serving military planes in U.S. history and has the longest military production history of any plane, not just in the United States but also in the world. The C-130 first flew in 1954, and it has stayed in continuous operation since then, in part because it was the lucky recipient of a design well suited to be mated to a technology new at the time, the turbine-powered propeller engine, referred to as the turboprop, that was not only perfect for the C-130 but also became better and better suited for it over time as turboprop power and fuel efficiency improved.

A big, strong, highly reconfigurable platform with a lot of uses, the C-130 was ready for the growth. It has, in fact, been upgraded several times; in all, there have been 12 editions of C-130, some of them special mission models, and several dash-number-specific upgrade programs have been implemented as well. In all, Lockheed-Martin has built more than 2,500 C-130s.