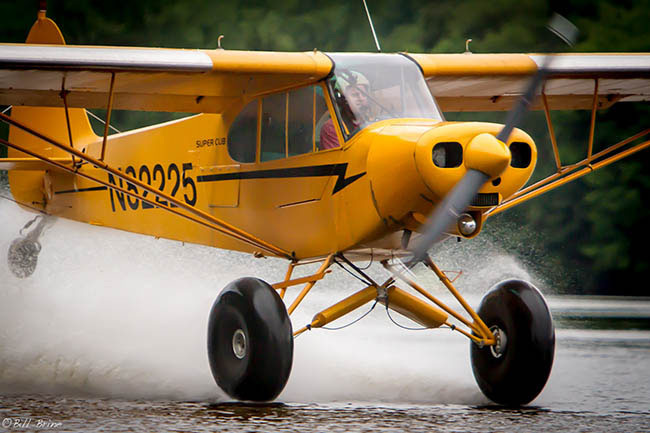 With the inclusion of the J-3, is the Super Cub repetitive? Hardly. The Piper PA-18 Super Cub is a “version” of the J-3 Cub in the same way that the Cessna 210 Centurion is a “version” of the Cessna 170. Compared to the non-Super Cub, the PA-18 is more powerful, carries a bigger load, is stronger, seats the pilot in the front seat and can be shoehorned into and back out of the roughest runways, or things barely resembling runways. A perennial favorite, the Super Cub has spawned an entire industry of copycats, some of them even better than the original.