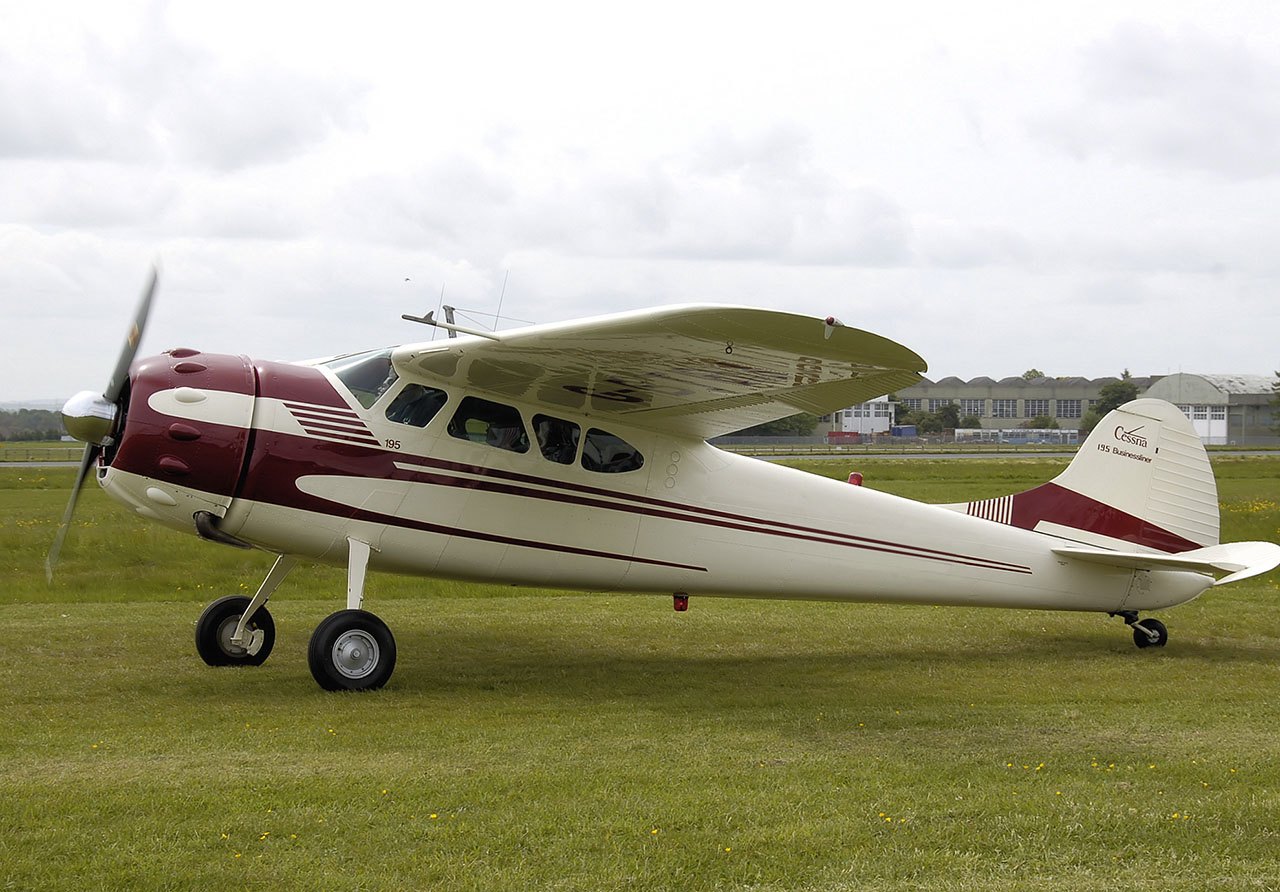 After the war, Cessna designers correctly believed that a new, more modern consumer would demand new, more modern aircraft, and they did. To fulfill this need, Cessna created a new breed of airplane that still had one gear leg firmly stuck in the pre-war era. The 195 was a departure from the Airmaster in many ways. It featured all-metal design and a more powerful engine and kept the already-modern cantilever wing design. But the designers held on to as many features as they let go of. The 195 retained two main features from the Airmaster, those being the taildragger gear configuration and the radial engine. In essence, the designers at Cessna failed to be modern enough. Contrast the 195 with another light single produced across town in Wichita, the Beechcraft Bonanza, which was the first truly modern light plane. Unlike the 195, it featured a lower-horsepower opposed engine, sleek aerodynamics, a low wing and the same all-metal construction as the 195. Not that the 195 isn’t a great airplane. It is. But it was an evolutionary death in many ways, and to its credit, Cessna knew that. First flight: 1945. Number built: 1,180. Status: Out of production.