“How old are these oil cooler hoses?”

It was a simple enough question, posed by my inspector as we worked our way through the Mooney’s annual inspection. He sat on the tailgate of his truck, flipping pages of the aircraft’s logbooks, trying to find an entry. “It says you fire-sleeved them…17 years ago,” he said. Well, yeah, I did. I fire-sleeved the old hoses, though. They’ve been replaced since then. Sure enough, we found an entry slightly later on, but still far enough back that we started looking for options for getting new hoses made.

I helped with maintenance on this bird when I was a kid. With the ink still wet on my airframe and powerplant technician certificate, my signature became a frequent addition to the pages of her logs. Oil changes, 100-hour inspections, and the occasional fix here and there bore the flourish of a young mechanic who’d much rather have been flying but was happy enough getting to use the excuse of a test hop after performing relatively minor maintenance. When we took the offer to buy the Mooney last year, several friends remarked that, clearly, I was the logical one to take over, since we go back so far.

So, with that history, you can see why I thought there could be no way someone would have stepped forward with longer-lasting ties to our plane than I had.

In late May, Amy went to the mailbox while I was cooking dinner, and she returned with an envelope in her hand and a curious look on her face. “You’ve got a letter here from somebody named Paul in Texas.” My expression shifted to match hers. “It says ‘additional information 46Q.’”

I put down the pot and ripped open the envelope, quickly sitting down to read the page. It read, “‘Fate’ is a ‘funny’ thing (in addition to being a ‘Hunter’ [hat tip: Ernest K. Gann]).”

I’m a bit of a word nerd and a grammar geek, so when the opening line of a letter has correctly used two tiers of quotation marks and brackets, my attention is gained.

The writer referenced my column from September, “Tales a Mooney Might Tell,” recounting the purchase of our Mooney, specifically a photo I ran with the piece. “…The ‘older couple’ pictured: my parents, Roswell and Maude Mathis, probably at the Sanford Airport, north of Orlando, Florida.”

As soon as dinner was finished, I dialed up the man in Denton, Texas, and met Paul Mathis, the link to my Mooney’s original owners. Scouring the internet for airplanes that his father had owned, Paul googled several tail numbers. One came up with a hit, and when he clicked the link, he was staring into his parents’ faces, as they were photographed on the very last day they owned Mooney N5746Q, in 1980. My friend Chris Smisson was buying the plane, which, 40 years later, is now mine.

The call lasted nearly an hour, and several emails have followed up as we told stories. The topics ranged widely, but the interesting ones were about Paul’s father.

Roswell Mathis was in ninth grade when he had to drop out of school. His father had passed away, and someone had to work the family farm—a familiar story in many such family histories at that time in Depression-era communities along the Georgia-Florida line. He rose to the challenge, and in addition to working the family farm, young Roswell started driving a milk delivery route. Later working as a bus driver in Jacksonville, Florida, he had a few dollars to spend when the barnstormers came to town. At the nudging of a friend, he bought a ride, and the addiction hit hard and fast.

Roswell learned to fly and later instructed Navy pilots as a civilian. “He really wanted to go fly for the Navy, and he tried to join the service several times,” Paul told me, “but they wouldn’t let him. Replacing him was almost impossible, he was told, and he’d have to start from the first lesson as a Navy pilot.”

After the war, Roswell hired on at Eastern Air Lines, where he started on DC-3s and flew until his 60th birthday forced retirement on him in 1974.

Along the way, he’d owned a couple of airplanes, our Mooney included, and Paul had taken to searching the tail numbers of airplanes he’d flown with his dad to see if any were still around. The story with his parents’ picture caught him off guard; it only took another layer of peeling the onion before he found my address associated with the registration.

Paul recounted several flights around the Orlando area with his dad in the Mooney. They took wing over Walt Disney World as construction progressed, leading up to its 1971 opening. Much like the soft opening of a restaurant for friends and family, one weekend Disney World quietly opened for locals to see what all the fuss was about. “We flew over and saw all the traffic backed up both ways on I-4 trying to get in,” he told me. “I’d completely forgotten that flight until just now.”

After retiring from Eastern, Roswell continued flying, until medical issues forced him to hang it up in 1980, which coincides with the date on the frame of a few slides in my library, featuring our Mooney wearing her original colors, as Roswell and Maude passed the keys on to my friend Chris Smisson, the moment frozen in Kodachrome color. He was younger in the picture than I am now, a sobering thought considering I met him as he neared 50 and had but a few years before fate took him from us.

“What are your plans for the Mooney?” It was a fair question, and I explained how Amy and I have loved the ability to travel the country on our own schedule, not beholden to non-revenue standby lists on the airline. “I think we’re gonna keep her, and I’ve got a long list of improvements in mind to make her a forever plane,” I said. Paul voiced enthusiasm for our plans, but it wouldn’t surprise me had he hoped to buy her back from me.

We talked on for a while about our own flying careers. We gently debated the Boeing/Airbus argument that all airline guys do, Paul having spent a career on 737s, and me flying the A320 when pandemics allow. “If you ever get toward Denton, I expect you to stop in,” he said. It wasn’t so much a question, and my answer wasn’t an empty promise when I agreed.

Accountants and lawyers will argue that airplanes are nothing but steel and aluminum, implements for going from point A to point B. They’re not wrong, I suppose, but there are also the memories created in and near these flying machines, beautiful sights captured in our minds through the Plexiglas bits, as we get to see the world from a better angle. Sometimes we’re joined by our friends and mentors, and as they inevitably leave us, their aircraft stay behind. As the owner of a Cub project as well, I’ve come to view myself more as a caretaker—these aircraft were never intended to fly for this long, and while it takes a little extra work to keep them flying, we can do it secure in the knowledge that someday, someone else will take over and make some memories of their own. 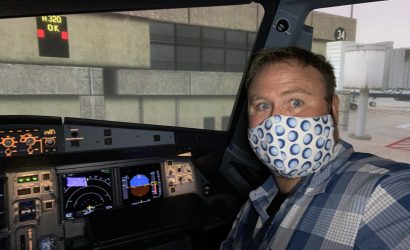 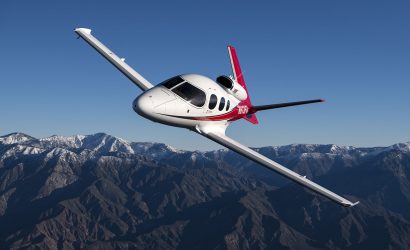