With a fresh annual on the Mooney, I was itching for excuses to go places. I flew an hour each way to get a propeller balance when the mechanic would have likely driven to the hangar. Amy and I flew to North Carolina to eat a PBJ sandwich picnic on the FBO trailer’s front porch and take a hike on a nearby trail. I’d worked out most of our bird’s squawks and was really enjoying the ability just to jump in and fly.

There was still the matter of a global pandemic raging here at home, and I’d taken use of several months’ worth of incentive lines—partial pay to stay home and not pester my employer. The feds extended the 90-day landing currency just as I was about to lose landing currency, and then when I neared the new 120-day limit, it got pushed to 150 days. At that point, the folks in Oklahoma City and Washington, D.C., said, “Enough is enough,” and I actually had to log some landings unless I wanted to do a requalification-training event on the Airbus.

Pilots have never really been known for desiring more time in the schoolhouse than needed, so I signed up to go in for three landings in the simulator. “Three bounces,” we all call it, although bounces in an airliner are generally frowned upon.

Getting from Atlanta to Orlando for the simulator session was the problem—our company had suspended the direct flight, and connecting through one of our other hubs would mean leaving the day before just to make it in time for a 3 p.m. simulator session. I could jumpseat on another carrier, but not knowing the loads and being happy to avoid the big airports altogether, I decided to commute via Mooney. On paper, it was an easy three-hour flight down from Atlanta.

The night before, I hardly slept as I ran through all the things that could go wrong. The airstrip could fog in. Did I shut the master off last time I’d flown? It’d be my luck to show up to a dead battery. What if the power was out and I couldn’t open the hangar door? That level of pessimism hadn’t bothered me in ages, but with a training event on the horizon, I could have rubbed a worry-rock into sand that night. I set 0700 the next morning as a drop-dead time. If I woke up and there was any challenge on the horizon, I’d just hop in the car and drive it, with 90 minutes of contingency time available.

The sun rose over a beautiful blue sky, the hangar had not lost power, and when I flipped the battery on, 12.6 volts of juice sprang to action. Taxiing out, each time I pushed the power up, a white ring of condensation formed around the prop tips—a genie—and I’ve always taken those as good omens. The run-up was smooth and without surprises, and as I cut an S-turn at the top of the hill to check for traffic, I found the propwash had left a beautiful trail through the grass as it blew away the morning dew, perfectly lit by the morning sun.

Putting a few thousand feet between me and the problems of the world always seems to work wonders, and as I climbed out to the south, I drew a sigh of relief.

As I neared Florida’s hotbed of convective weather and flight training activity, I called up Jacksonville Center for flight following. Several minutes after assigning me a squawk, the controller came back with an odd tone: “What route are you using to Kissimmee?”

I stammered for a second—I had the iPad upside down on my knees, using it as the table for a sausage biscuit. I rattled off an airway that I’m pretty sure I was near and mumbled something about following airways down past Ocala. A few minutes later, breakfast complete, I rattled off my entire route. Had just passed Pecan VOR in Valdosta. Was headed to Greenville VOR, then Ocala, and on to the airport in Kissimmee.

Even from 7,500 feet over south Georgia, I could hear the controller’s eyes rolling—here it is 2020, and some hayseed is still flying VOR to VOR. But I’m trying to get myself comfortable for a sort of IFR that is completely unlike anything we do in the airline world.

Eventually, the controllers grew tired of the gray gull’s meanderings and handed me off to Valdosta approach, then back to Jacksonville, then on to Orlando approach. Orlando started stepping me down with progressively lower “maintain VFR below such-and-such” altitude assignments, and I found myself bobbing around a lot of growing cumulus clouds. Just as I was about to ask if they’d let me through the Disney TFR (there’s nothing temporary about that TFR), they instructed me to stay clear of it. No big deal. I made a slight right turn, then an arc back to the left, dragging the left wingtip just outside its boundaries.

Along the way, a trainer with a similar callsign joined the party on frequency, and as they flew practice approaches, I jumped each time approach called them, fearing the controllers were about to bless me out for tickling the TFR to see if it’d giggle.

Finally, they did call, but just to cut me loose over to Kissimmee’s tower frequency. After all the clogged frequencies leading me to this point, tower sounded right sleepy as they asked me to report a 3-mile straight-in so as to remind them that I’d need a landing clearance. A few chirps of tire tread left on the runway later, I could hear the smile in their voice.

“I guess Signature will do.”

“Turn left whenever it suits you, and monitor ground on your way in. Have a great day.”

My pattern of expecting great hurdles and finding nothing more challenging than a crack in the sidewalk continued as I got to the training center. A few minutes before the appointed hour, I met my instructor. The simulator was open, and we had it all set up when the captain strolled in only slightly less early.

“Well, it looks familiar,” I said, gazing at the overhead panel and acting like I wasn’t trying to remember where the dome light switch was located. “Surely, that’s a good sign.”

The checklists and flows fell right into the same cadence we’d used out on the line when we weren’t busy growing beards and bragging about who could go the longest without having to go to work—a bit of gallows humor because we all understood how bad things really were and that without the CARES Act, we’d have been on the street long before. The captain pushed the thrust levers up into the detents, I started the timers, and my gaze fell to the instruments just as they’d done many times before.

We climbed to 1,000 feet AGL, cleaned up the bird, and then undid all our hard work. The plane screeched to a halt into flight freeze.

“Okay,” our instructor said. “Gear down, thrust levers idle, spoilers armed, autobrakes MAX, and we’re headed back to the runway. Five more of these, between the two of you.”

After we’d done our three takeoffs, we did our three landings in similar fashion. The simulator spent about as much time repositioning and finding itself as we did flying, but in a very short amount of time, we each had three takeoffs and landings and were headed down the stairs as the next pilots shuffled in for their landings.

I expected rust and awkwardness, but it really felt like settling into an old couch, maybe back at Mom and Dad’s after a long time away from the home place. I can’t say “it was like I never left” because when I left, I wasn’t flying in a face mask, sanitizing every surface I touched, and I didn’t have to do a temperature check before starting my workday. But the part that did matter—the flying—reminded me that I’d chased this career doggedly for a long time and that I was ready to be back in the saddle. 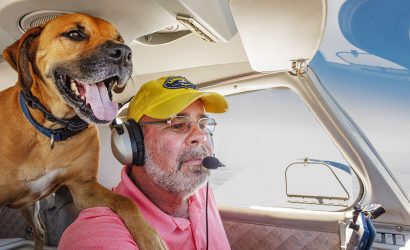 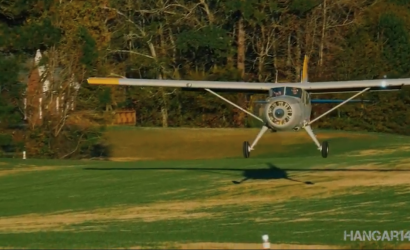 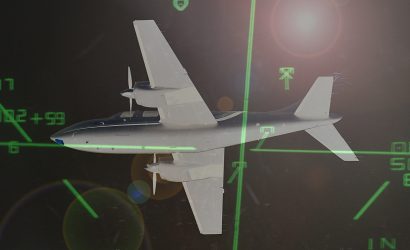