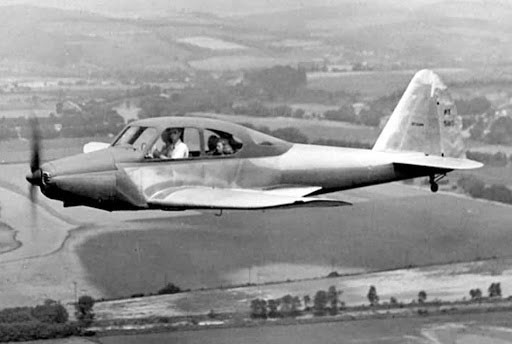 A far more practical Piper that never made it to market, the PA-6 Sky Sedan had the looks of a really fun family flyer, but it was a victim of the post-war crash in plane building that claimed a number of GA manufacturers that had gone all in on building small planes for veterans returning from war. There was, as it turned out, a limit to the number of planes that the market would bear, and U.S. aircraft makers mid-decade greatly exceeded that. The Sky Sedan seemed to have it all, too. All-metal construction, seating for four, a modern four-cylinder aero engine, the Continental E-165, a 165-hp six-banger, good speed—an advertised cruise of 150 mph—range of better than 500 miles and a pretty silhouette. One can easily imagine the Sky Sedan growing a nose gear, expanding into a retractable gear model, maybe even a twin. But Piper was in cutting-losses mode and shelved the Sky Sedan, relegating it to the annals of aviation history. The development of new models and new markets would have to wait a decade and a half.