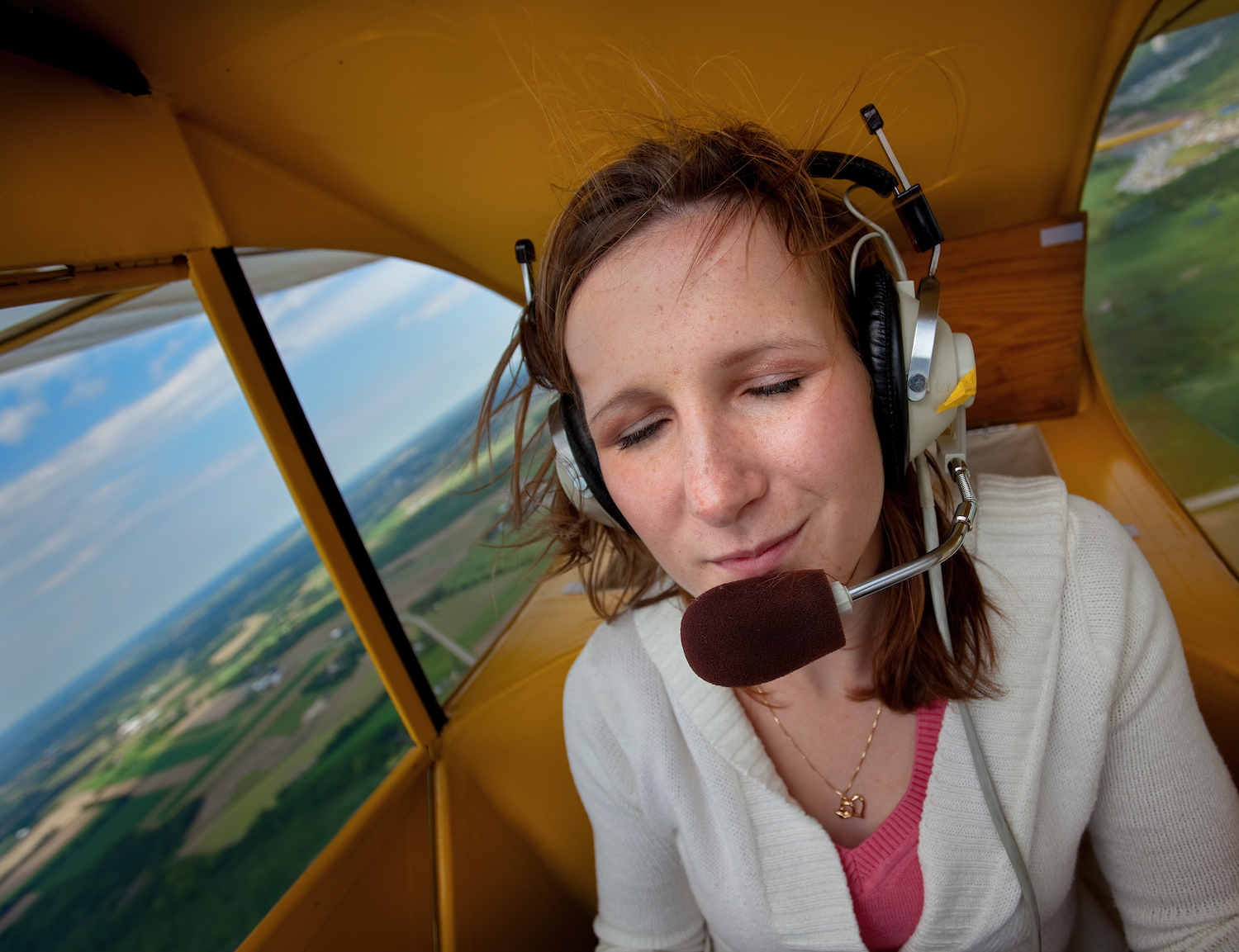 Aside from photographing my pilot Bruce Moore on the way back from air to air missions, Amy was probably the first pilot I specifically photographed while flying. I was writing a lens review and looking for a variety of photos that involved aviation. While my initial objective was just to capture an image of her in the rear seat of a Piper Cub, I realized the images that jumped out at me were images that captured her feeling in the cockpit, I’ve always loved the image of her with her eyes closed…feeling the wind…feeling that feeling of flight.