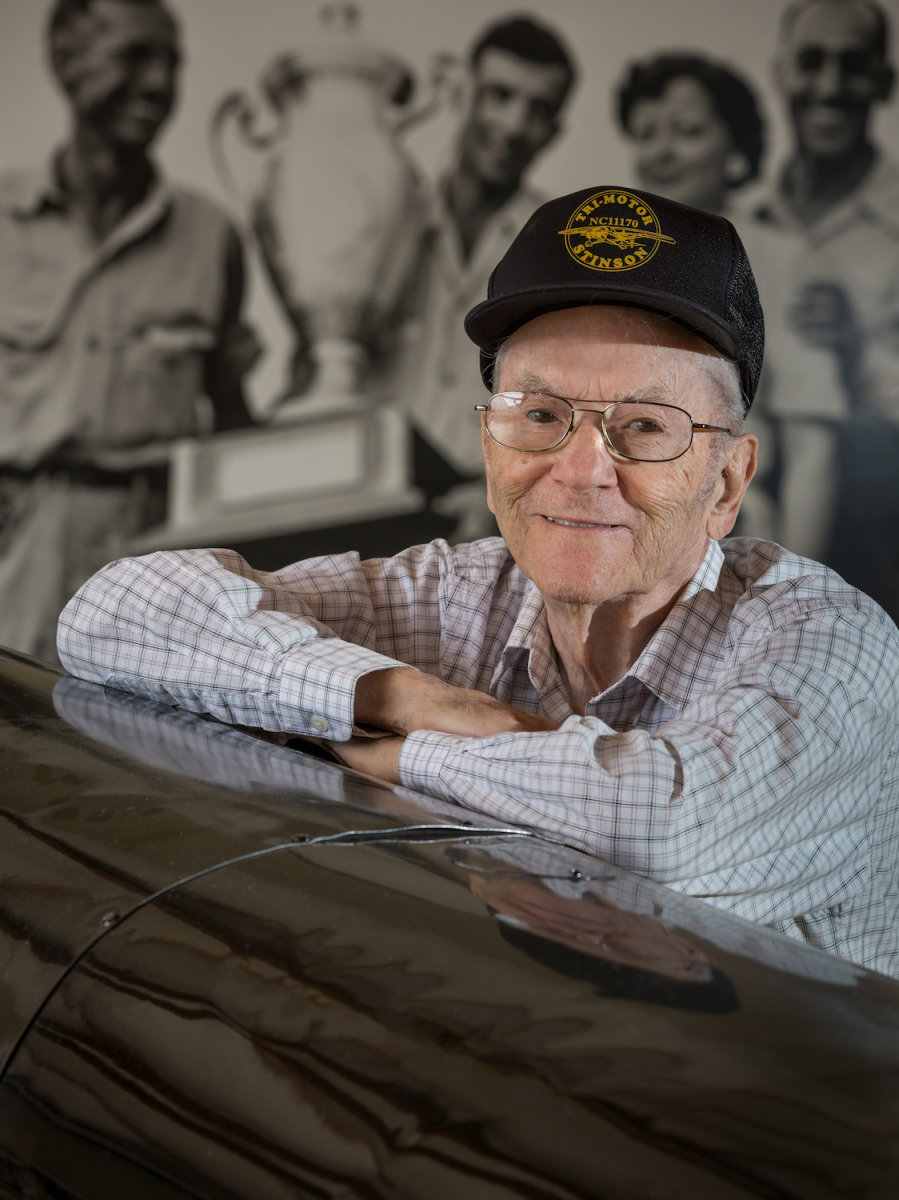 One of the few posed and lit pilot portraits I’ve done. This photo of Bill was for AOPA Pilot magazine. I positioned Bill with an early air race photo he was in, including mentor Steve Wittman and his wife Dorothy. Too often we are in the company of greatness and don’t realize it, as with Bill. Only after reading books about him, and talking to local aviation historian Jim Cunningham, did I realize the real questions to ask Bill when we would sit in Friar Tucks during happy hour,