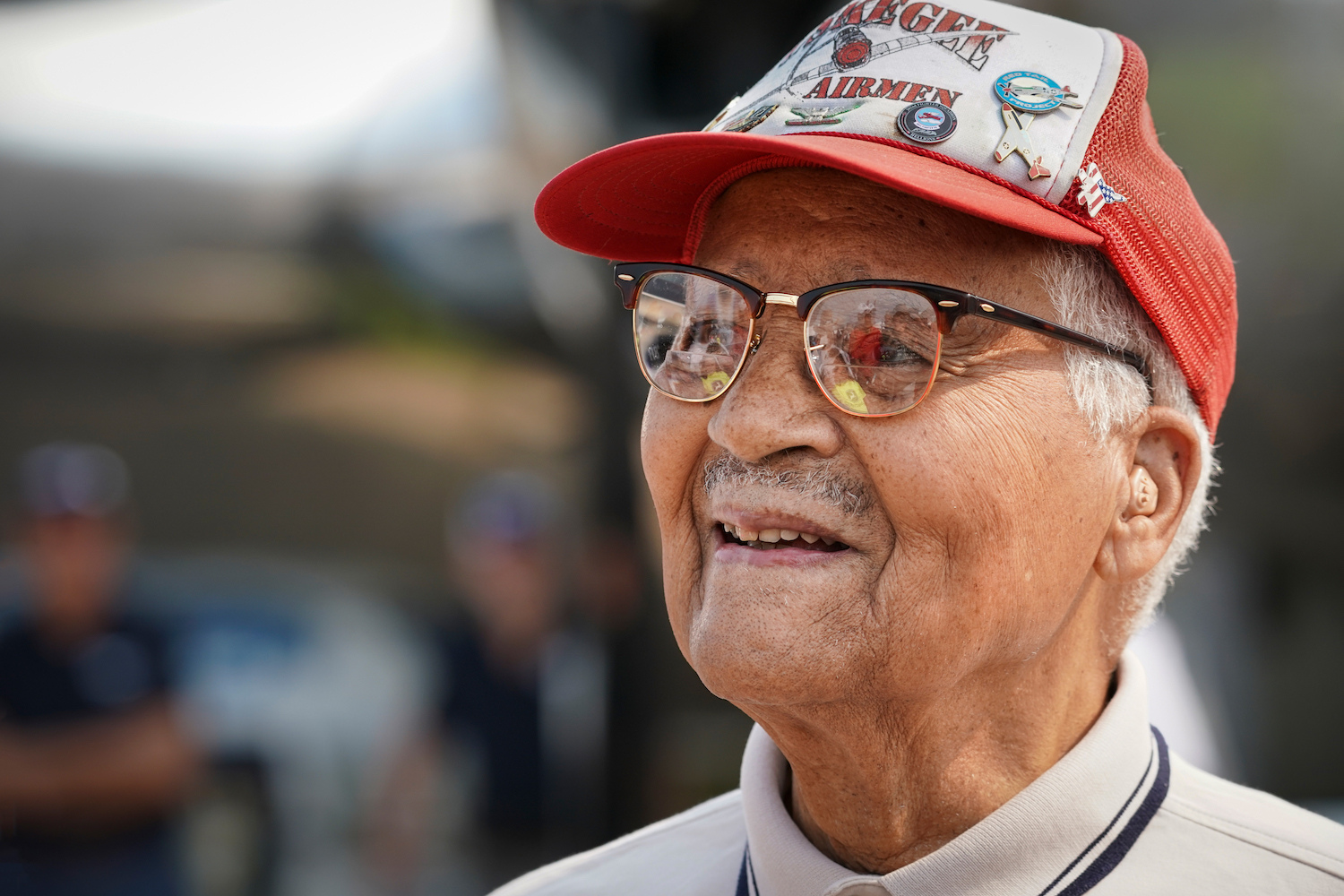 Tuskegee Airman Charles McGee speaking at a warbird presentation at AirVenture a few years ago. There is still a spark in the eye as he answers a question. 100-400mm ISO 400; f6.3 at 1/800 second.