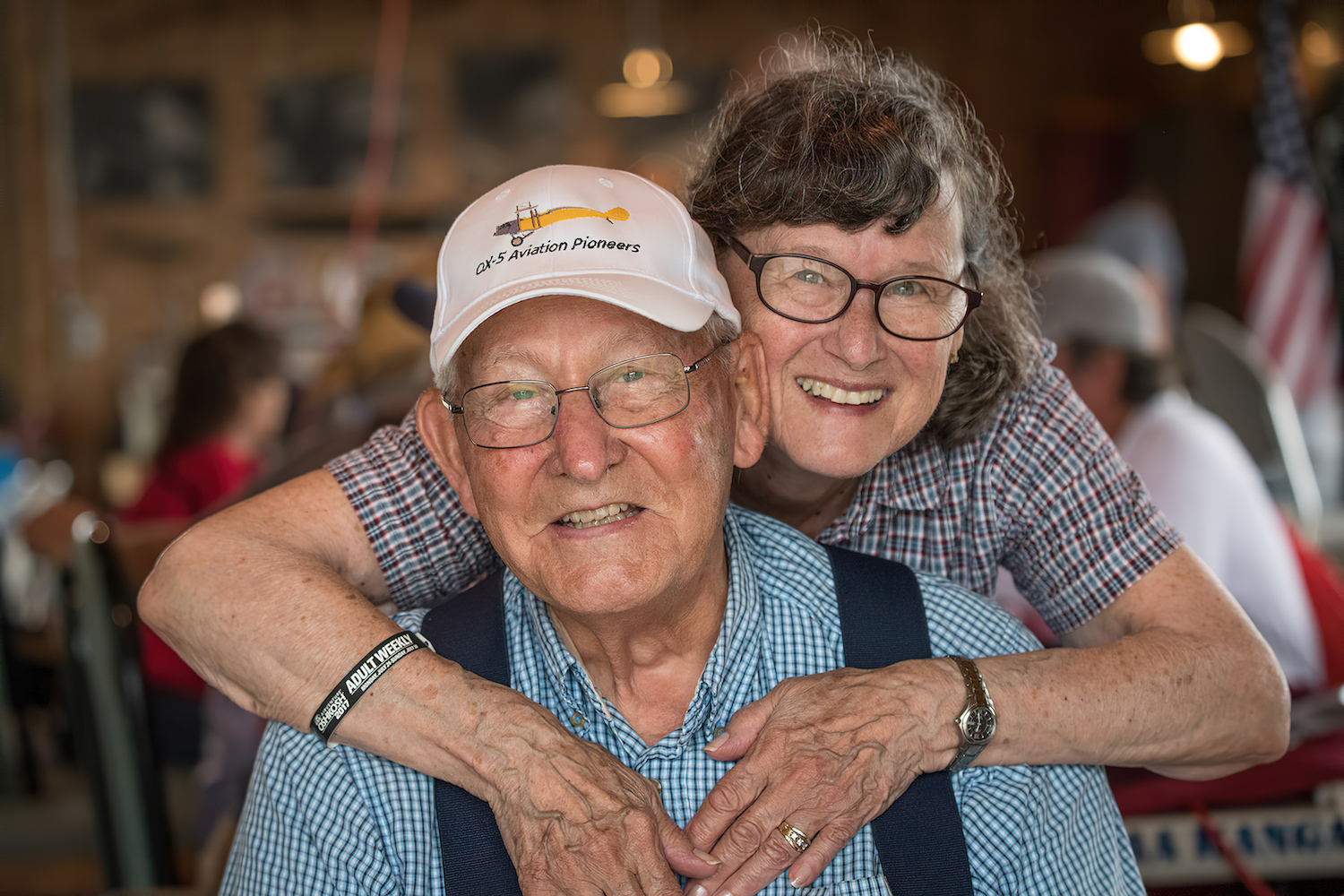 My usual view of Don is piloting a helicopter so I could get aerial photos at Oshkosh. But I really love this view of Don, getting a hug from his wife in the Antique Barn at Oshkosh a few years back. Don is all business when we fly (although there is a wry smile after I crack a joke) but in this picture I see him as all happiness. And there are times just posing for the camera can capture a feeling better than a candid photo.