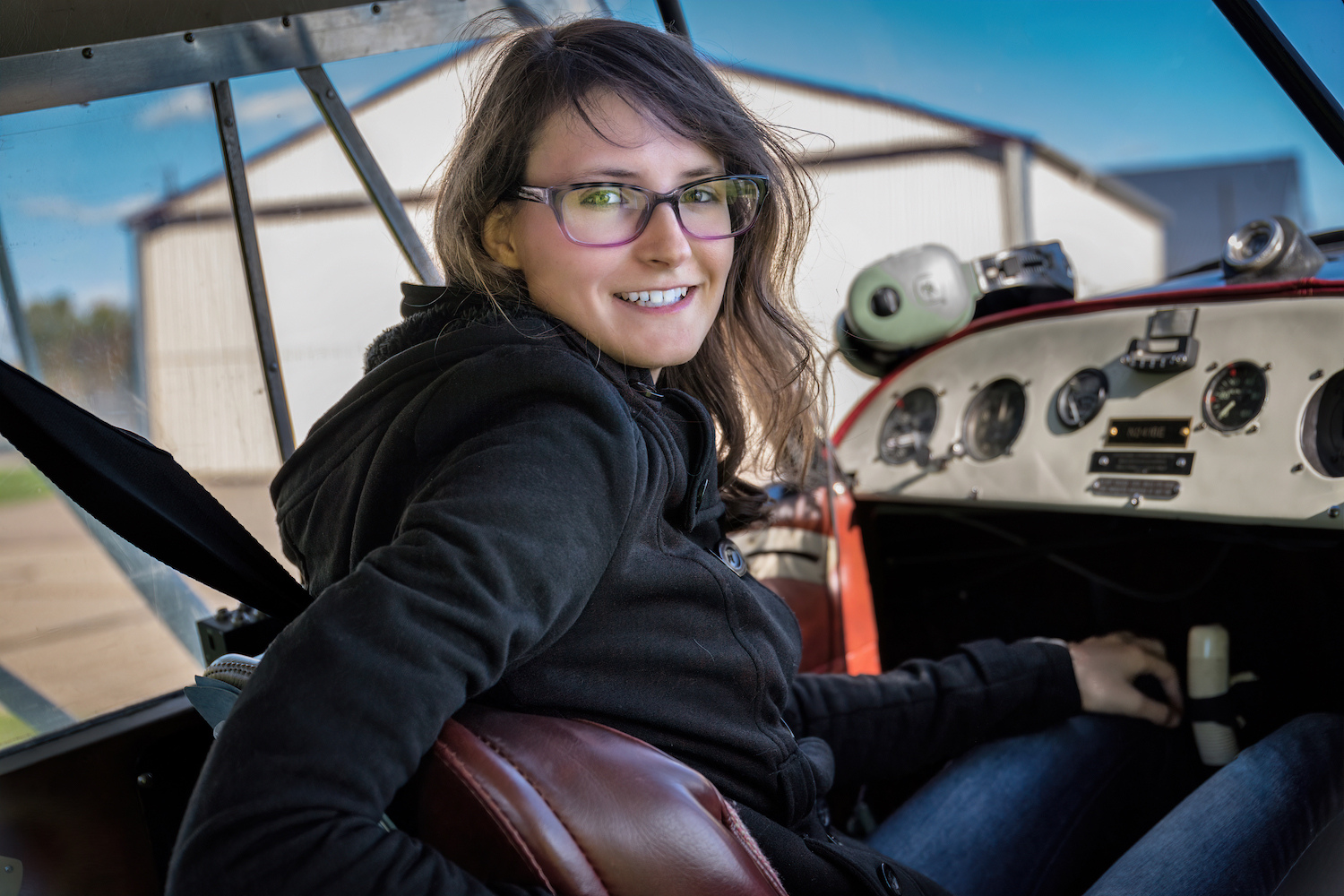 If I were to describe all the elements to a classic pilot portrait, it might be this one of Emily Noak. It has the airplane, the panel and headset, the hangar, and most of all, a happy and enthusiastic pilot.