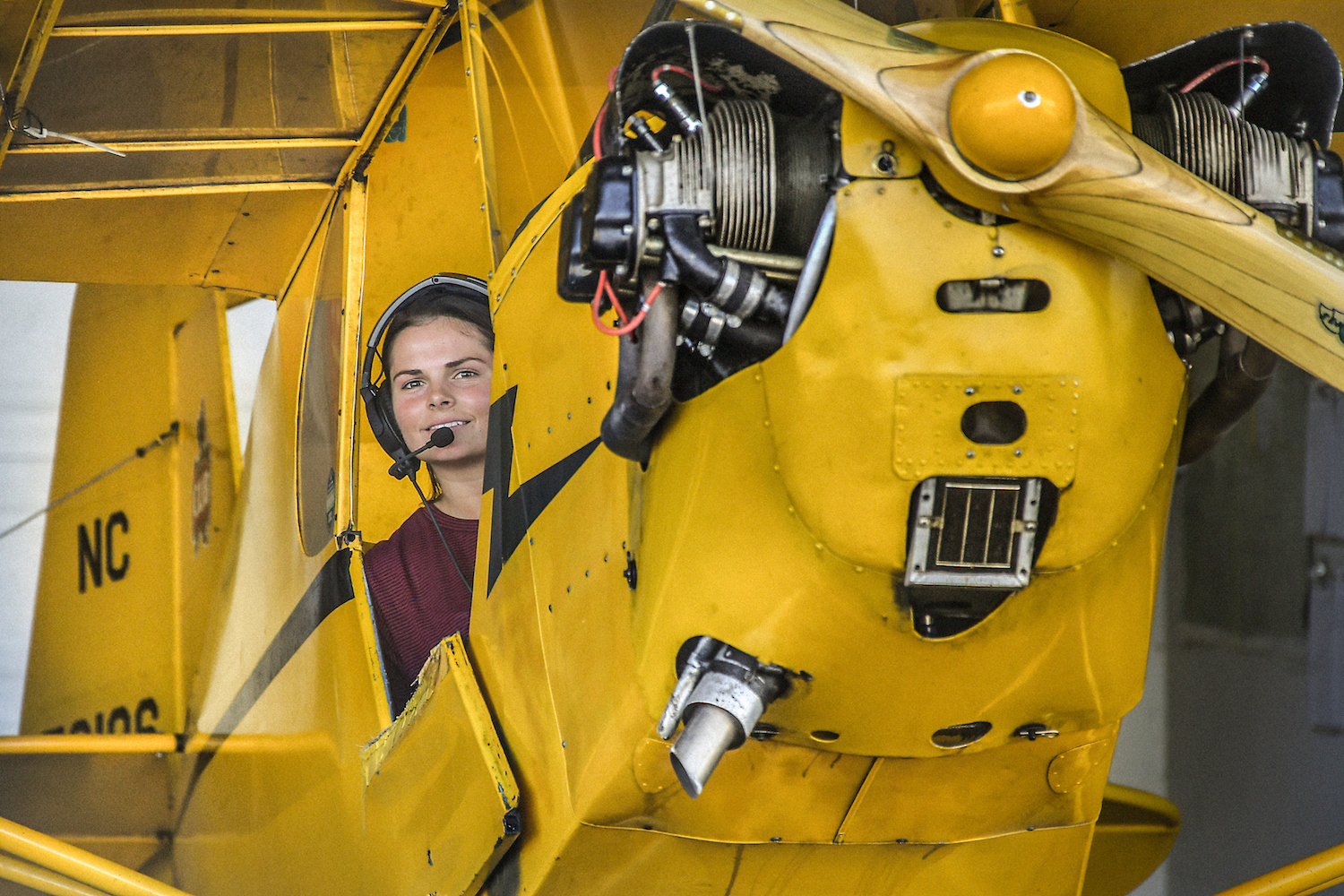 Jamie Weber was nice enough to pose for me at CubAir Flight in Hartford, WI, to show a comparison of ways one could photograph a pilot and plane. This was my favorite, using a telephoto lens to compress the image, keeping Jamie in focus and letting the front and rear of the aircraft drop out-of-focus to direct your eye to the pilot,