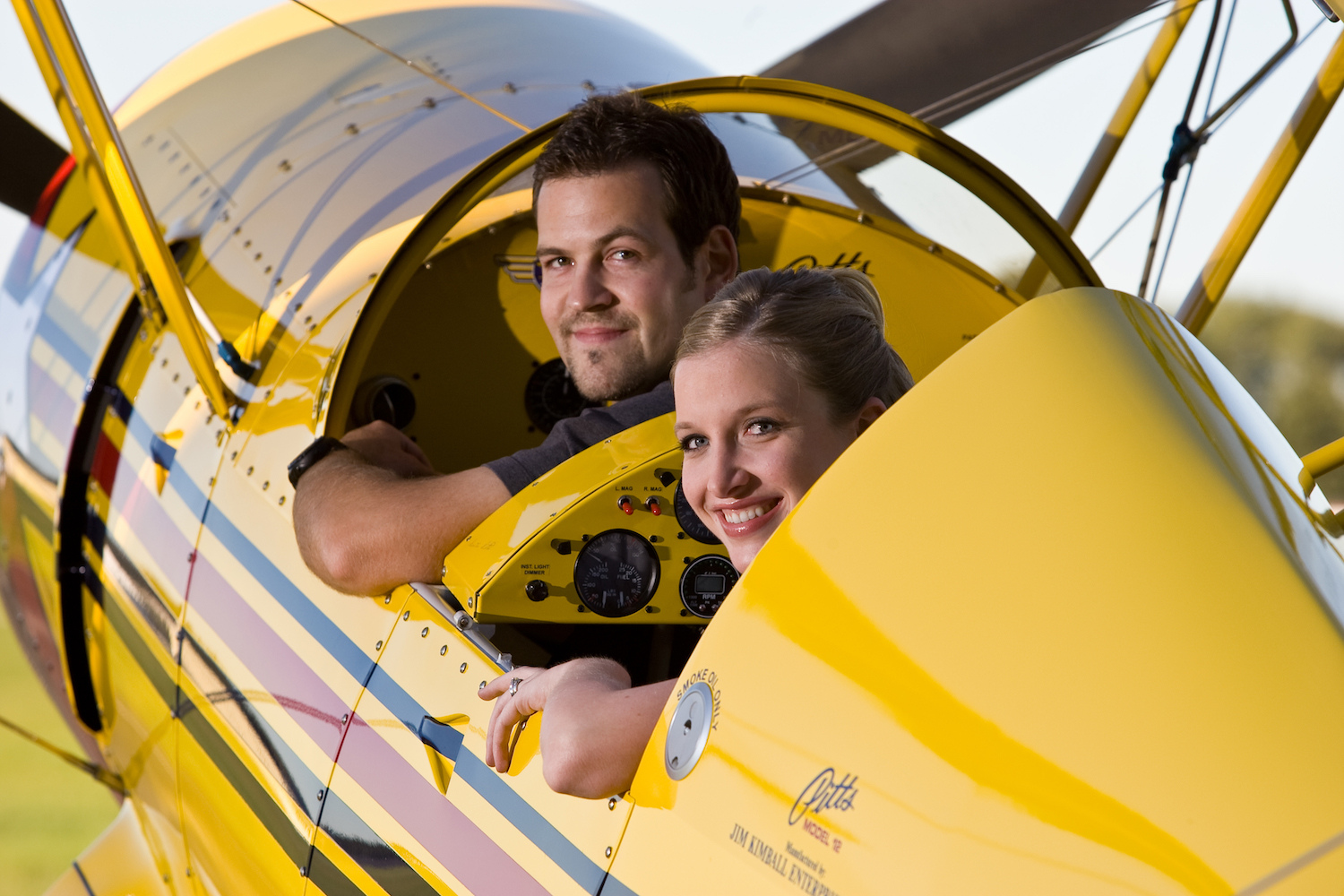 What better way to cap off the wedding of two aviation enthusiasts than portraits in their hangar in Waukesha, Wisconsin. And photographing Karl and Kelly Engelke in their airplane just seemed the perfect setting. 70-200mm ISO 100; f6.3 at 1/200 second.