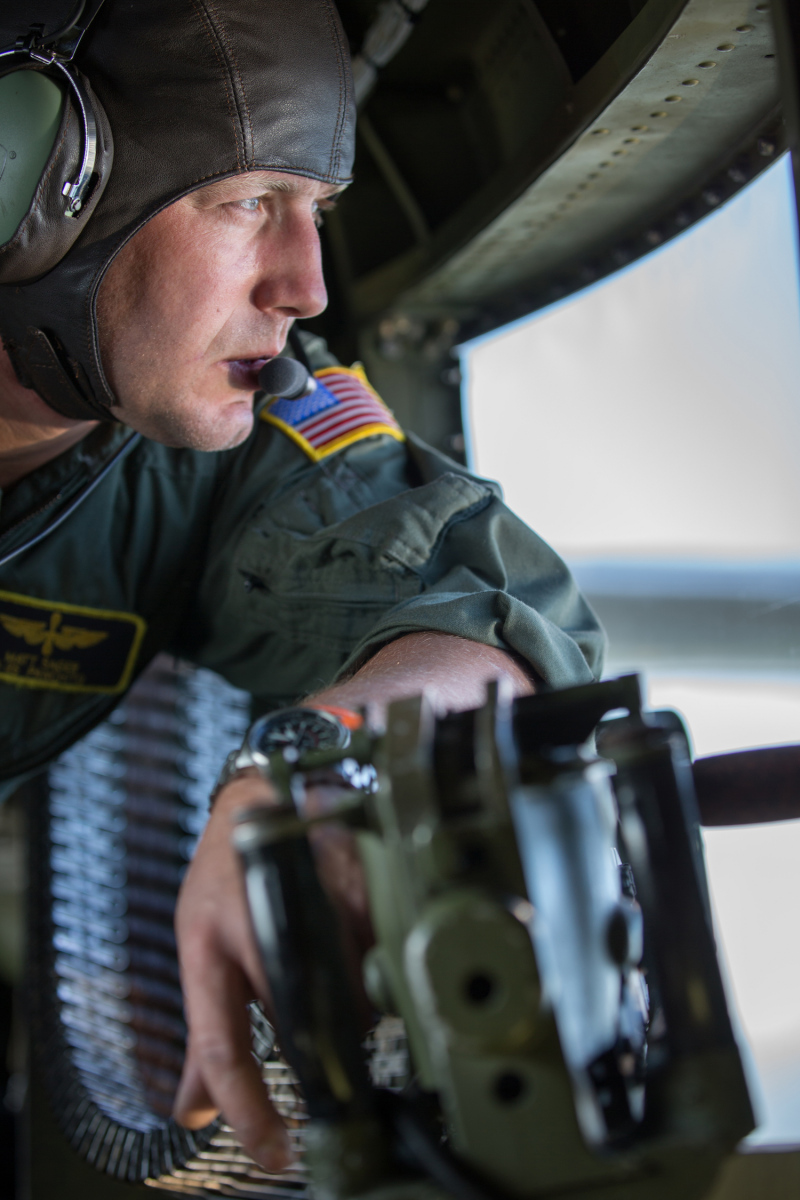 Aviation photographer Matt Sager looks out from B-25 Panchito on a return flight to Oshkosh. I was strapped in and only had one camera in my hand, so at first I was concerned the cropping was too tight; only to look at it during post production and realize it captured the moment.