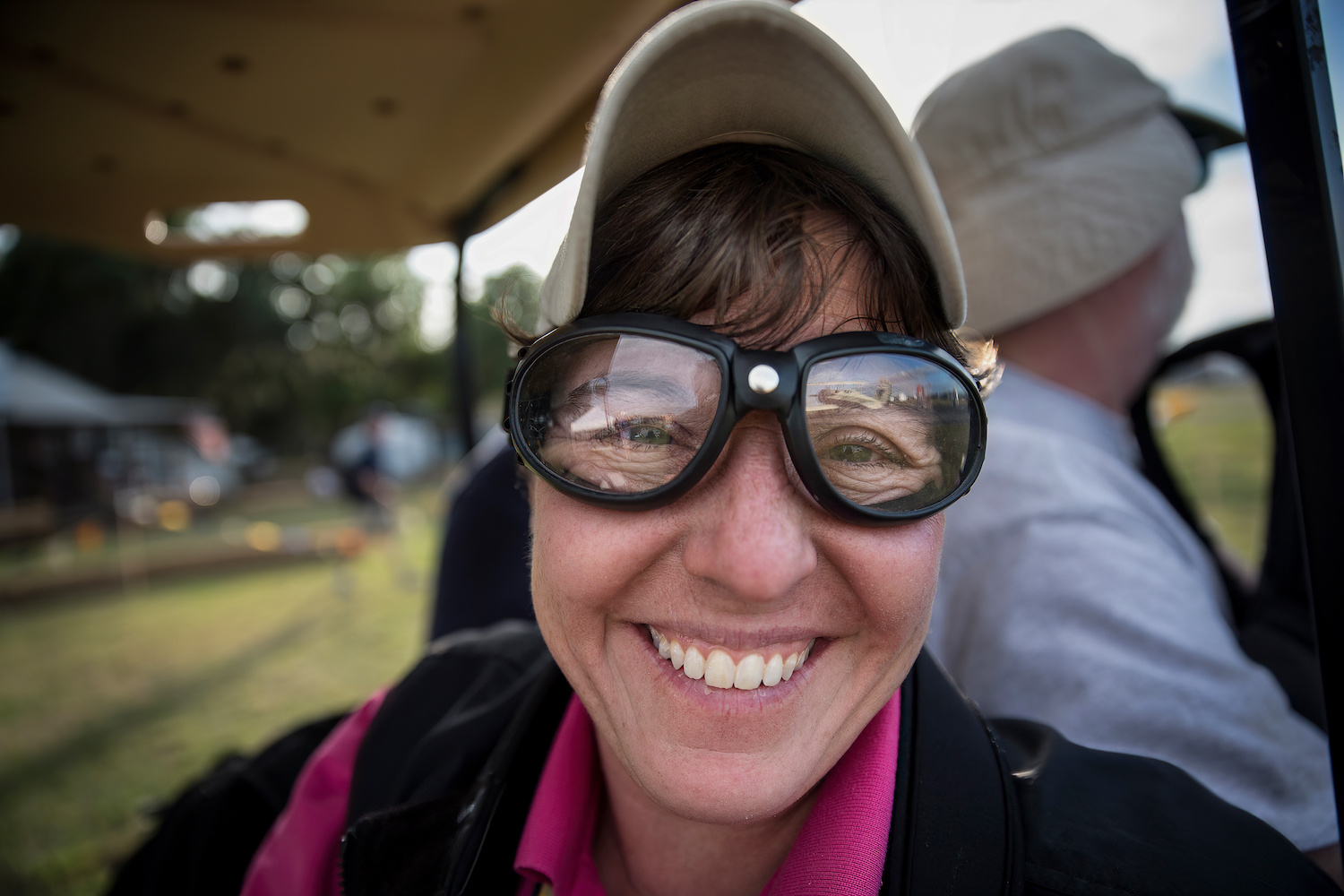 I’ve photographed aviation writer Meg Godlewski next to airplanes, but this one, on the back of a golf cart at Sun n Fun is my favorite. Goggles on to keep the SNF dust out of her eyes, Meg is at ready for a duel of wits.