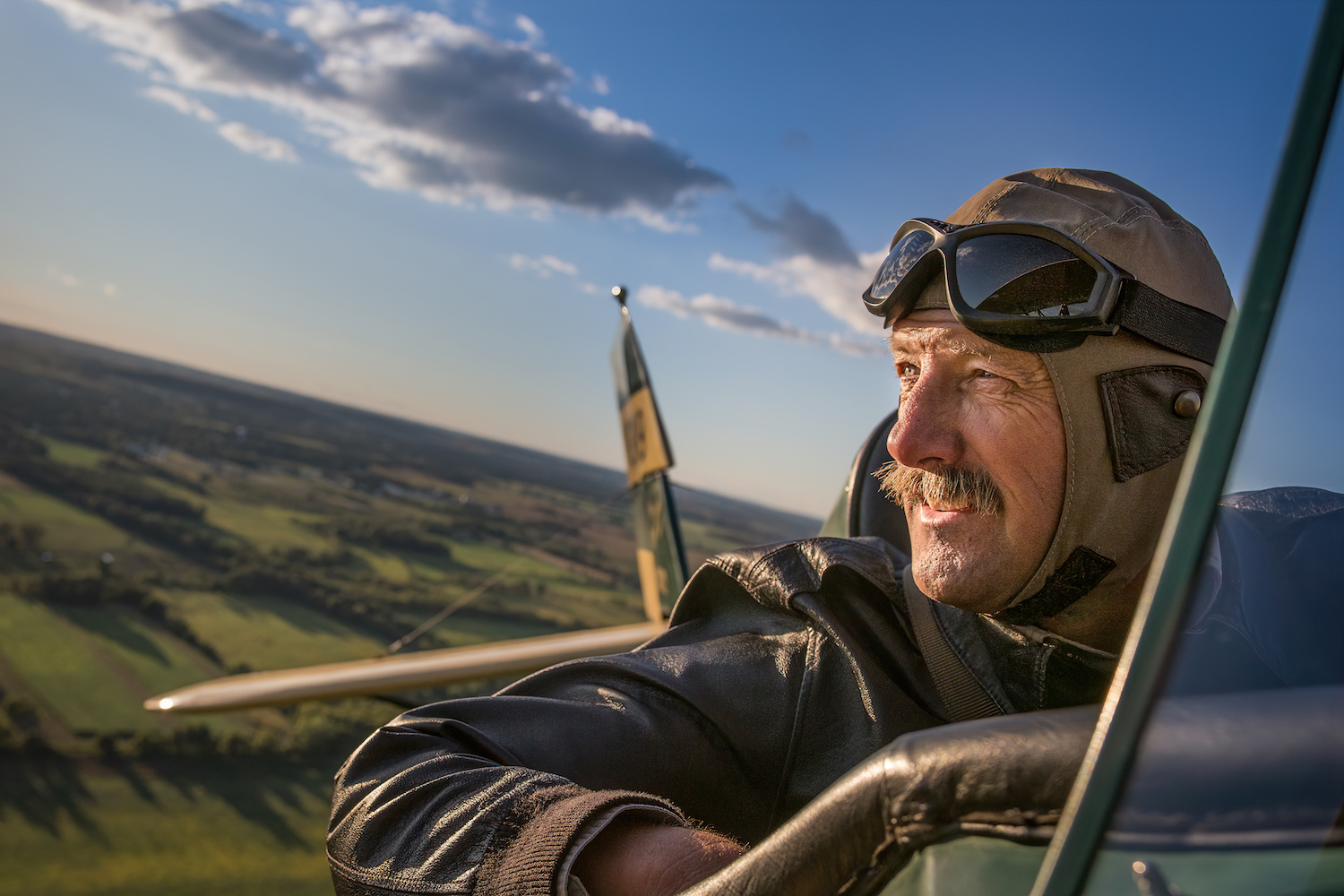 Ted Davis in a pose that reminds me of what a barnstormer of the 30’s probably looked like if we had a birds eye view. Ted, flying his New Standard, just looking off into the distance as we flew over the beautiful Wisconsin countryside.