Let me start by saying that I’m sick of writing about the pandemic. It’s been a year and a half now that we’ve been suffering under its weight, and I, like all of you, am absolutely sick and tired of it, and, yes, it was very hard to write that sentence without using swear words.

But here we are. Aviation, which a short few months ago seemed to be rebounding amazingly well, is once again facing up against the effects of the pandemic. Granted, light GA is not as strongly impacted by the disease as commercial aviation is, and with infections on the rise, I don’t think there’s any way around the fact that we’ll be facing another crisis point before long.

Here’s a hypothetical. If the EAA’s annual Oshkosh AirVenture fly-in hadn’t happened yet, let’s say, if it had been pushed back by EAA because of the pandemic to a September start date, something it probably gave strong consideration to, would there be a 2021 show?

I think it’s unlikely, because, obviously, of the COVID-19 pandemic that has once again reared its murderous head. Yesterday there were nearly 150,000 cases of COVID-19 reported in the United States, and nearly 1,000 people died from the disease. Both of these figures represent exponential growth in caseloads, and as you probably are aware, ICUs and emergency rooms in many hospitals around the country are filled to or nearly to capacity with people infected with COVID-19.

Back when vaccinations were first released to the public, I like many people was optimistic. I didn’t think it would be a question of us having too much vaccine to go around but, rather, a question of there being more demand for vaccinations than we could fulfill. For the first month or so the demand to get a shot in the arm was heavy. But, as it turns out, there seemed to be a ceiling on the number of Americans who would choose to get vaccinated.

So, when the delta variant began rising a couple of months ago, it seemed logical that this new variant, which we already suspected was more transmissible and more severe, would wreak havoc on unvaccinated people. And that’s exactly what’s happening. Had I understood at the time just how virulent and dangerous this new variant was, I might have gone to Oshkosh anyway, but I certainly would have been much more cautious in my behavior, and that is even though I am fully vaccinated.

The problem with the delta variant is that it’s a whole different breed of beast. Even if you are vaccinated, you can catch this new variant far more easily than previous ones, and you can transmit it far more effectively if you do get it. So, by going to the big air show unmasked, I was putting myself and others at risk. At the time I didn’t understand the level of risk I was assuming by doing that, in part because the scientific community in the United States didn’t understand just how bad delta was yet. Also, the numbers at the time of the show were not particularly alarming. Now they simply are.

So, the question is, if Oshkosh were to be held a month from now, would it actually happen? It’s actually hard to say. This is not to say that it would be a good idea to hold it but that the powers that be at EAA might decide to hold it anyway, and if local and regional authorities gave them the necessary permits to do that, there would be understandable motivation for the move. But they might not be given permission to hold the event despite the devastating financial blow the organization would suffer as a consequence of canceling at the last minute.

Right now, in Winnebago County, things are bad. Over the last month there have been around 16,000 confirmed cases of COVID-19 in the county and there have been almost 200 deaths. And it’s hard to say, strike that, impossible to say, just what the health toll of the air show was. We all hope that our friends and associates that we spent an amazing week hanging out with got home and were just fine as I was lucky enough to do. But we don’t know that. And I don’t think there’s a way for us to know that. So, the best we can do is hope that everyone who went to AirVenture in July is just fine. But it’s probably not true.

Right now, COVID-19 is largely a disease of the unvaccinated. And because there are so many unvaccinated people in the United States including around 40% of adults and the vast majority of children, there’s really no end to the pandemic in sight. If everybody got vaccinated and went back to practicing regular mask usage, would everything go back to normal? Yes, it would, but based on what we know about people’s behavior and views on vaccinations, COVID-19 in particular and vaccinations in general, there’s no way that’s going to happen.

So, will we be seeing Oshkosh 2022 take place in a nation that will in all likelihood still be heavily impacted by COVID-19? At this point, there’s no way around it.

And let me be clear that this is not just about airshows—as if AirVenture is just an airshow and not the huge ecomonic driver for aviation that it is—but it’s about nearly every aspect of aviation. I know of a couple of manufacturers who have been struggling to get parts to build the aircraft components they rely on to stay in business and that we rely on to stay in the air. The supply chain has been and continues to be disrupted, and not in the good disruption sense of the word that Silicon Valley types love. And don’t forget that if commercial aviation is re-impacted or even sporadically impacted by travel restriction both here  and abroad, that impacts aviation at just about every level, as airlines are not in the custom of employing more people than they can keep busy at any given time, never mind hiring new pilots from among the thousands of them training right now for a career in the sky.

I hate that this is a part of our national discussion right now. But to make believe that everything is hunky dory is not only deceiving ourselves but it’s putting others at risk. The best thing we can do at this point is, for those who are not yet vaccinated, get vaccinated, and for those who are to continue using or go back to wearing a mask. Delta is far easier to spread than previous variants of the virus, with up to 1,000 times the viral load present in infected individuals. That means people who get it are more likely to get sicker faster and people who are vaccinated are more likely, though it’s still relatively unlikely, to get breakthrough infections.

At this point there is simply no perfect solution to the mess we find ourselves in, in aviation, and elsewhere. The best we can do is do what we should have been doing from the get-go. Even though that’s not going to fix everything, it will help make it better, or at least a little less terrible, in aviation and in all walks of life. 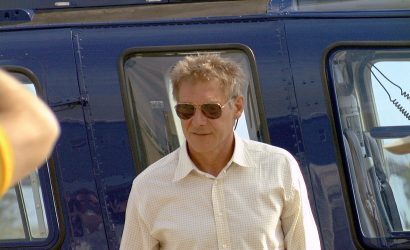 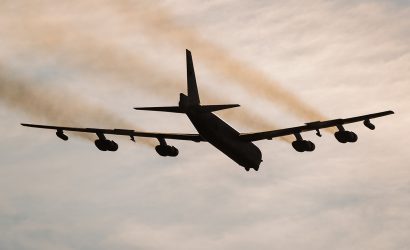