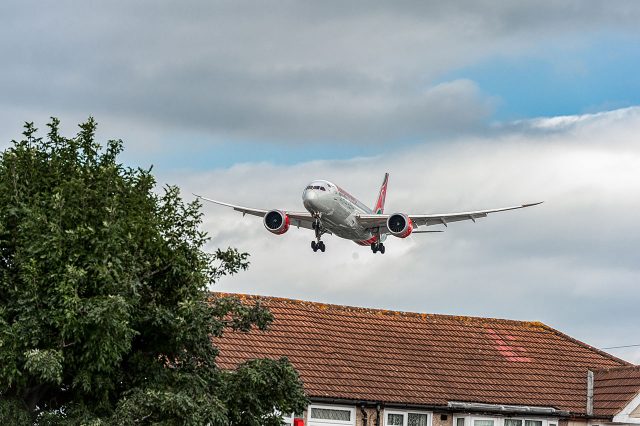 A mysterious man fell thousands of feet from a Boeing 787-8 Dreamliner into an upscale London neighborhood in 2019. His identity is still unknown.

Sunbathing on a nice, hot summer evening on June 30, 2019, a south London man received quite the shock when a dead body came barreling down from the sky above, landing a mere 3 feet away from him. The mysterious victim had fallen approximately 4,000 feet from the wheel well of a Kenya Airways Boeing 787 Dreamliner as it was on its final descent into Heathrow Airport from Jomo Kenyatta International. The body struck the earth with such intense force that it indented the surface and crushed a large slate of asphalt. Thankfully, or perhaps more tragically, it appeared the man had died long before impact, having frozen to death during the flight.

Armed with his DNA and fingerprints, investigators hoped for a quick identification of the victim. Yet two years have passed, and they are still no closer to knowing who he was or why he had attempted such a dangerous feat. The only clues to his identity were the initials “MCA” engraved on his backpack, as well as a small amount of Kenyan currency indicating his country of origin. Adding to the mystery is the question of how he was able to gain unauthorized access to an aircraft within an airport with FAA-designated Category One security status.

A few things seemed clear—the stowaway had boarded in Kenya, was of Kenyan descent, and was approximately 30 years old. While the DNA sample came back without a hit, police felt confident that his fingerprints would shed light on his identity. After all, Kenyan men are required to have their fingerprints put on file upon turning 18. Unfortunately, however, nothing came back on the prints, either.

Whoever this mysterious stowaway was, they believed he gained access to the aircraft while it was parked at the gate of Jomo Kenyatta International in Nairobi, climbing approximately 6 feet up into one of the rear wheel wells. Investigators requested copies of the airport’s video footage and were frustrated to find nothing pertinent had been captured.

Either they were incredibly unlucky, again, or their investigation was potentially being sabotaged. Given that the airport had only been granted the Category One Status by the FAA two years prior, in 2017, Kenyan authorities had plenty of motivation to cover the truth. If their security had been breached, not only would it have been embarrassing, but it likely would have cost them their newly acquired status, which permitted them direct flights into the U.S., as well as millions of dollars in security upgrades.

A leading theory by investigators was that the stowaway was either an airport employee or someone who had gained access with the assistance of one. At the top of their list were baggage handlers, groundworkers and aircraft cleaners—people who would have had the easiest access, as well as knowledge of how and when to stow away undetected. According to airport authorities, however, all staff were accounted for, and none had been involved.

The other leading theory was that this was a regular civilian desperate to get out of Kenya but unable to afford a flight to do so. Nearly 40% of Kenya’s population is extremely impoverished, barely surviving on less than $2 a day. Desire for a better life has driven many to take desperate measures, and one would have had to have been quite desperate to attempt to escape the country as an aircraft stowaway. Over an approximate 70-year timespan, 128 people have been known to attempt such a feat (all men, interestingly), yet only 20% survived, though considering what they go through, that’s an incredible rate of success. Most fatalities are caused by oxygen deprivation, hypothermia, crushing by the aircraft’s retracting gear, or even rolling out of the wheel well as the aircraft makes its descent. Suffice to say, it’s not a feat someone attempts unless they truly feel out of options.

Investigators speculated that the man may have gained access by breaching the facility’s outer perimeter, perhaps either by jumping over the fence, cutting a hole through it, or even tunneling below. Yet airport officials were adamant that no such breach occurred.

On February 4, 2021, another stowaway, this time a 16-year-old Kenyan boy, was discovered in the wheel well of a Turkish Airlines flight that had also originated from Jomo Kenyatta International. Miraculously surviving unharmed, the boy told police that he had wanted to escape his situation back home in order to have a chance at a better life. He stated that it was actually quite easy to gain access to the wheel well of the Airbus A330 he had stowed away on, claiming to have simply walked right up and boarded.

It’s darkly ironic that a man likely seeking refuge from a life of extreme poverty met his fate within one of London’s wealthiest neighborhoods. It’s unlikely his identity will ever be known, but his story certainly sheds light on the struggles and desperation of many Kenyan people. It also raises red flags about the security of flights originating from Jomo Kenyatta International Airport.

On February 26, 2020, a small burial ceremony was held for the mysterious stowaway in a beautiful London cemetery only a few miles shy from where he was found. On his coffin, they placed a small metal plaque, reading, “Unknown (Male), Died 30th June 2019, Aged 30.”

Did Helen Keller Fly A Plane? 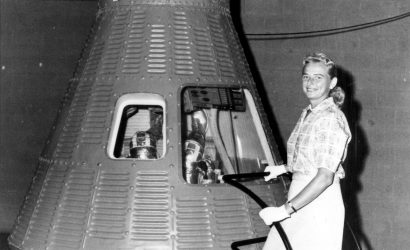