Aircraft carriers have been carrying out critical military operations across the world since the 1800s—that’s not a typo. Even before the advent of the airplane, it was clear that transporting aircraft of some kind might provide a wartime advantage, so in the early days, lighter-than-air-craft fit the bill.

Today’s modern aircraft carriers are large, nuclear-powered warships, considered the centerpiece of any global power’s navy. The United States’ carriers are designed to store and launch dozens of fixed- and rotary-wing aircraft in support of national security. Military jets are propelled from the ships using an impressive catapult system, which can zip the aircraft from zero to hundreds of miles per hour in a matter of seconds.

Designed to last a good five decades and only requiring a handful of refuelings in their lifetime, aircraft carriers provide the longest and most reliable service of any military vessel. Crews aboard these ships generally number in the thousands, and their jobs are among the most dangerous in the world. Perhaps that’s one of the reasons these ships are equipped with full onboard hospital facilities.

How Aircraft Are Launched: Catapults
Throttle Power Required Prior To Catapult Release: Full
Brakes Held: No
Cue That Pilot Is Ready To Launch: Salute to catapult operator
Aircraft Acceleration At Launch: Zero to 150 knots in 2 seconds
Time Until Next Aircraft Can Launch: 20 seconds 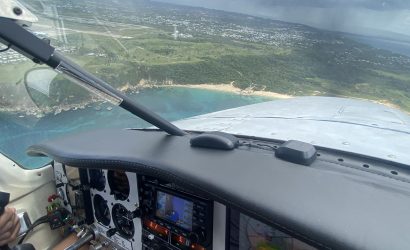