As far as flights went for Captain Mira Slovak, this one was certainly unusual. Passengers were banging on the door, and guns were drawn. His DC-3 lumbering through the night had been hijacked. By him. He had escaped the MiGs sent to intercept him, but the fighters seemed like a cakewalk compared to what lay ahead of him now. After several desperate requests, he had been granted asylum and permission to land in Frankfurt. But the dangers of the flight weren’t over yet: Slovak was going to have to land in the fog, using a ground controller’s commands in a language he didn’t understand. He had no idea what awaited him on the ground. Would he be shot? Would he be sent back to Czechoslovakia, the country ruled by communism that he had tried so hard to escape?

Slovak was born on Oct. 25, 1929, in Czechoslovakia. Although his parents must have wished for a peaceful easy childhood for him, this was not to be. When he was only 10, Czechoslovakia was overrun by the Nazis. Soon, Slovak and his family noticed that different types of trains were passing their house: livestock trains on their way to Auschwitz. If a train stopped near his house, Slovak, on his mother’s orders, would bribe the guards with cigarettes and ask to feed the “livestock.” During the war, his family hid two Jewish families in their basement.

But on April 13, 1945, the Slovaks traded the Nazis for the communists. The early occupation of the Russians was a tense time. The family dog was shot by a Russian soldier looking for food. Mira and his father were forced into labor building a bridge for the Russians. Their neighbors, a young married couple, had their house broken into. The Russians beat the husband and raped his wife in front of him.

With all the turmoil going on around him, Slovak had had little time to think about what he wanted to do as he grew older. Flying had always been a fascination for him, but when he boarded his first airplane in September of 1945, it became a passion. By December of 1946, he had mailed in his application to the new Czechoslovakian Air Force.

He was accepted and quickly progressed through training, landing near the top of his class. The one small hiccup came the day Slovak and the other students were pulled from class and told to sign papers joining the communist party. Slovak had one question: “If I don’t sign, will I still be allowed to fly?” The answer was a solid, “No!” He signed. After graduation from pilot training, he was assigned to fly for the Czech state airline, and by 21 he was a captain.

Slovak was still a secret anti-communist. He had seen what communism had done to his family, his friends and his country. The “black vans” had taken more than a few of his friends, most of whom had never been seen again. So, Slovak vowed to get out. On March 23, 1953, he smuggled guns aboard his own plane and, with the help of several co-conspirators, locked the rest of the crew in the baggage compartment. Mira made a Ground Control Approach in low weather in West Germany, a difficult feat since, of course, Mira did not speak English. But he had made it. He had escaped the Iron Curtain.

What followed were months of grilling by U.S. authorities in both Frankfurt and Washington, D.C. Because of his cooperation, the CIA introduced him to Bill Boeing Jr., son of the Boeing Company founder, and Slovak became his personal pilot.

The U.S. afforded Slovak opportunities he could have only dreamt of under communist rule. He began racing hydroplane boats. He won three national titles within the decade. Those titles came at a price: Slovak had most of his teeth knocked out, his back broken, his face sliced open and his kidneys injured. Slovak once said, “I got to know lots of nurses by their first name.”

Hydroplanes may have been fun, but his first love was always airplanes. In his off time from hydroplane racing, Slovak continued flying. In 1967, he became a 707 captain for Continental Airlines. He won a championship at the first Reno National Air Races and did aerobatic displays in his Bucker Jungman—the same type of plane he had learned to fly in Czechoslovakia. He also flew a powered glider from Germany to California and then later back. In 1986, Slovak hung up his airline uniform for the last time. He continued his work in aviation, importing and selling airplanes. He passed away on June 16, 2014.

Slovak’s life was nothing shy of remarkable. He lived every day to the fullest. He was a pilot to the end, with over 38,000 hours in the air in everything from fabric-covered biplanes to jumbo jets. And most importantly: He never did things halfway, whether it was escaping from communism or racing hydroplanes. 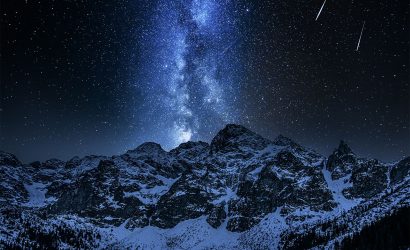 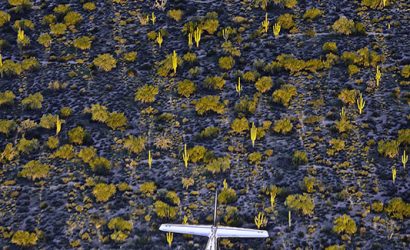