It was Sunday, and I’d just gotten to the show grounds at Wittman Regional Airport in Oshkosh, Wisconsin, for the big event: Oshkosh AirVenture 2021, the biggest airshow on the planet. I should have been exhausted, after a grueling trip from my home in central Texas, a journey that was replete with mechanical issues that delayed me for a full day on two separate occasions, but I wasn’t beat. I was exhilarated. There I was at #OSH21, chatting with old friends at a product release party (though, to be honest, mostly just a party), not a mask in sight, this despite the recent rise of the Delta variant. Smart or not, it was heaven, with the appropriate backdrop of airplane noise.

And the week that followed was one of the best-attended AirVenture events ever. I’d argue it was the best AirVenture bar none. The flying was spectacular, the show planes that EAA somehow wrangled for the event were spectacular…the Boeing 747-8, a behemoth! And military hardware to die for, which is the point with some of it. The classics area was mind blowing. How is it that every year it seems as though there are more and more beautiful 80-year-old airplanes hanging out under the elms in the most beautiful corner of an amazing site?

You could tell, too, just how delighted exhibitors were to be at AirVenture. Marketing and advertising and social media are all well and good, but there’s nothing that remotely rivals the power of face-to-face communication with your customers, who are often old friends, as well. It’s a family, this aviation thing that we do, and family reunions are not only good medicine; they are essential to keeping the heart ticking away. This year’s AirVenture got us all breathing again.

But the weatherman dealt us all a blow on Wednesday night, when a humongous storm blew through the region. It was a storm that was packing hurricane-force winds and torrential rains, not to mention thunder and lightning. There was even a tornado warning for the Oshkosh area shortly after 10 p.m. on Wednesday, the first I ever remember in my 25-plus years coming to the show, though I’ve since discovered, 1982 saw a tornado touch down on site, destroying many aircraft.

It didn’t happen, at least not at KOSH. Towns on either side of Oshkosh got walloped, but the planes and campers at Wittman were largely spared. It was nothing short of miraculous. What could have been a half billion-dollar disaster—I kid you not; just do the math—wound up being a mopping up exercise. Bullet dodged.

There was damage in other ways, though. In advance of the monster convective storm, thousands of airplanes hightailed it out of Wittman Field to prevent what could have been an absolutely devastating direct hit.

The pilots who chose to get themselves and their planes out of Dodge did the right thing. It was a conservative call. As it turns out, they would have been fine, and so would their airplanes have been, but what they did was great aeronautical decision making. They took the conservative path. That’s the way safety calls work. They often keep you out of trouble that never materialized. It doesn’t mean that proactive steps were wrong. If anything, it proves the opposite.

At the same time, the mass exodus took its toll on the show. I saw just how empty many of the parking areas were, when a few days ago they’d been jam packed, so much so that planes were tied down in a section of south parking that the folks there started referring to as “Fond du Lac,” which is a town bout 20 miles south of Oshkosh. It really did feel that way. By Friday a.m., all those folks could have moved north toward the airshow version of civilization if they’d wanted to.

The loss of thousands of planes, and many thousands of people, pilots and their passengers, almost always family or close friends, had an impact. You could feel it. The show was still plenty busy but not bursting at the seams. And everybody, me included, was hoping for a week of overflowing fun.

The other damper was a story that is even bigger than the really big stuff happening at AirVenture, and that is the virus, something that nobody here is talking about, and haven’t been talking about since then, either. At the time of the show, the rise of the Delta variant of the coronavirus had only recently been recognized as the menace it was. Indeed, it set back our national drive to get through this nightmare and make living our lives safe again, as case numbers and the numbers of deaths, which had been in steady decline for many months, started a new, precipitous rise. Because Delta is far more transmissible than the original variety of the virus, it gets around much more easily, and even people who are vaccinated can get COVID-19 and can get sick from it. Those who haven’t been vaccinated will get sick and will likely be hit harder by this variant. At AirVenture 2021, we all largely ignored this fact.

And while EAA invested heavily in sanitization efforts, even going so far as to include the branding of the sanitation company it partnered with in working to keep the grounds safe, the virus, as we all know, is largely spread by airborne droplets, and with lots of people here and almost no one, me included for the most part, wearing a mask, people are going to get sick when they get home. I wish that weren’t so, but it’s hard to figure how it wouldn’t happen.

Like you, I’m tired of this whole coronavirus debacle. But being tired of it won’t make it go away. It is what it is, and that is a terrible scourge that we have not yet beaten. And while AirVenture 2021 was so good for the soul of aviation, and for my aviation soul in particular, things are not, as much as we might hope otherwise, back to normal.

I will go with the states of hope and realism doing battle within my flying heart, and with the impossibly desperate hope that next year we really, truly, hope-to-God will be beyond this thing and back to worrying about the FAA’s latest boneheaded move instead of some stupid virus that just refuses to go away.

And I will continue to reflect upon the success, with an asterisk, of a 2021 show that was two years in the making and one that acted as a collective sigh of relief that, even if it were a bit premature, was something we all sorely needed.

It was record-setting fly-in activity. EAA head Jack Pelton said that there were around 2,000 more planes that arrived on site (so, not counting the outlying airports) by the end of Sunday, which was the day before the event officially began. It was clearly demonstratable. The camping areas by Sunday evening were jam packed, and planes were parked in places on the field where they’d never been parked before.

The event was the second largest in its history to the 2019 edition, with 608,000 attending the show. There were more than 10,000 planes at Wittman Regional and reliever airports, including Fond du Lac, Appleton and Green Bay. That number included, EAA said, “a record 1,420 vintage aircraft registered, plus 1,089 homebuilts, [an impressive] 354 warbirds, 148 aerobatic aircraft, 112 seaplanes, 33 ultralights and 27 rotorcraft.”

Our intrepid photographers, Jim Koepnick and Art Eichmann, were everywhere, capturing airshow acts brilliantly, chronicling the faces, the planes, the joy in astonishing ways, as you can see here. Enjoy! 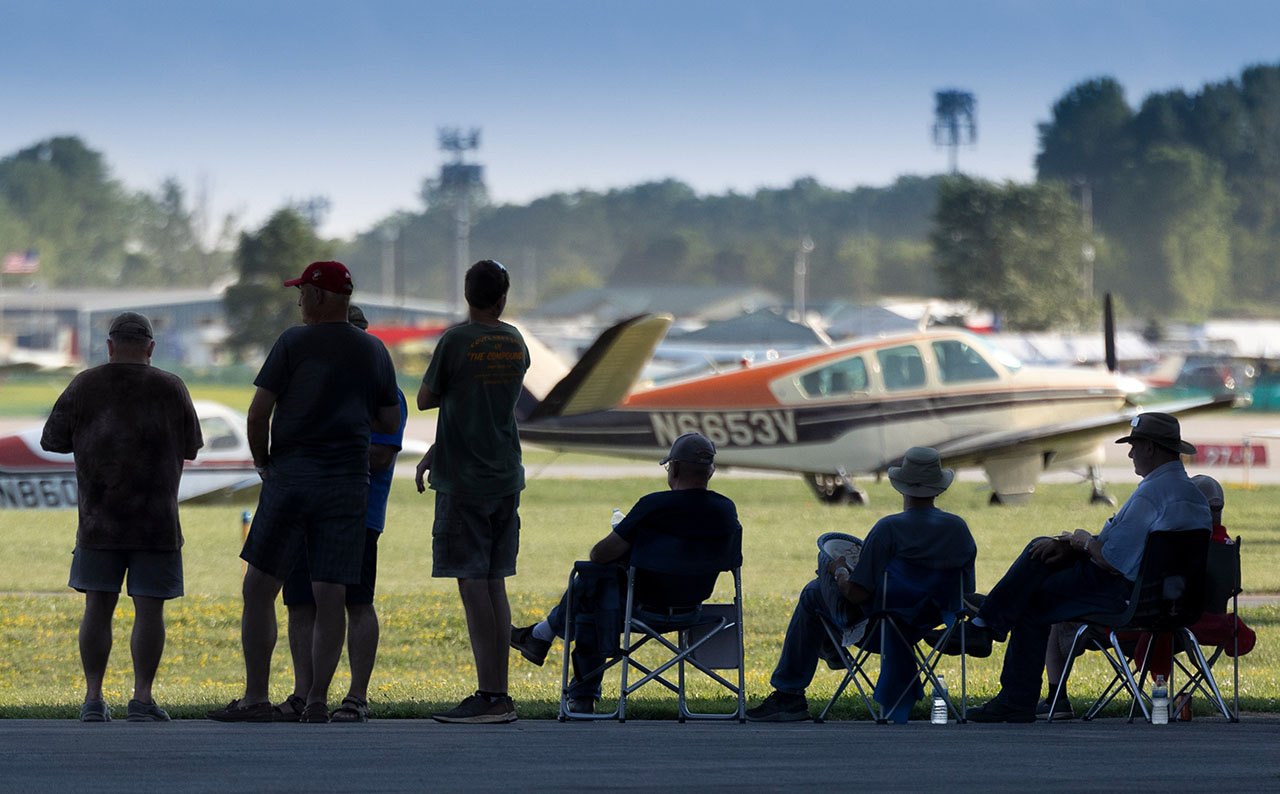 These folks found a lovely spot in the shade to watch the arrivals and offer on-the-spot assessments of the landings. (Jim Koepnick) 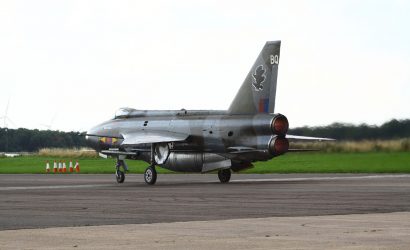