Developing a new aircraft isn’t for the faint of heart. The risks are everywhere. Unlike in other industries, like automotive and electronics, where shorter development times and project secrecy are the rules, in aviation, it takes years, sometimes decades, to get a truly new aircraft to market, and the failures are there for all to see. And Cirrus is an exception to the rule, in that it ultimately succeeded, whereas most startup plane makers fail. Those failures, by the way, seldom make headline news. Though sometimes, the failure is so stupendous that everyone gets to witness the pain.

With all that in mind, here are the stories, well, at least summaries of the stories, of some of the most epic aircraft development programs in history. To top it off, each of these programs faced very different hurdles to success.

One of the most intriguing development programs ever is that of the AgustaWestland AW609 civil tiltrotor, in part because its development is so weird and because it’s so typical. To get an idea of what the AW609 is, just think of a three-quarter-scale V-22 Osprey. The concept took its first breath of life in 1996 as a joint development project of Bell Helicopters and Boeing Aircraft. Today, 26 years later, the new owners, Leonardo Aircraft (formerly Agusta/Westland), are hoping to push it past the finish line somewhere around 2025 or 2026, 30 years down the road. That mid-2020s goal might be ambitious. Leonardo had planned on 2021 for full assembly of its conforming prototype, but that target has been tossed into the big sack of missed targets and faulty projections.

And there are bigger issues. It still needs to get the aircraft type and production certified, and it needs to establish a strong buying case for potential customers, of which Leonardo only names one, Bristow, which will someday take the first two production 609s as part of a sweetheart deal to put the new craft through its paces in several mission profiles.

But is there really a need for, or a market for, a civil tiltrotor? Some believe it’s a great idea; others think it a terrible one. Or it might be both. On the one hand, at better than 250 knots cruise in airplane mode at 25,000 feet, the 11-passenger, pressurized 609 is as fast as a good twin turboprop, but it can also land and take off vertically. The appeal of this is immense. By being deposited right on their destination’s doorstep, instead of a half-hour’s drive away, travelers can get work done and get back to the home office in many fewer hours for some missions.

On the other hand, will the kinds of high-income folks who can afford such an aircraft be willing to embrace the risks of a new mode of transportation? It’s true that tiltrotor technology is less a mystery today than it was 25 years ago, thanks to two-plus decades of V-22 experience, but there still has got to be higher risk than turboprop twins, like the Beechcraft King Air, with its many millions of hours against which the 609 will compete. Will the big-check writers think it’s a safe bet, in more than both meanings of the word “safe?”

Some argue that the emergence of a new type of aircraft, electric-powered e-VTOLs, might threaten future sales of the AW609, but it’s unlikely. The Leonardo tiltrotor can fly at 250 knots in the flight levels for hundreds of miles in pressurized comfort. Electric-powered VTOLs can only dream of such capabilities.

The asking price of the 609 has increased substantially since the late ’90s, when Bell and Boeing started talking publicly about such practicalities. Early on, they were talking $10 million, but that was so last century. Today, that price has ballooned into more realistic territory, between $20 million and $30 million. For starters, one could buy a small fleet of brand-new King Air 360s for that price.

Topping that off, the 609 is not yet type certified, though at least today, there are certification standards for tiltrotor aircraft, which wasn’t true when the project launched during the Clinton years.

How likely is it we’ll get to see 609s flying around in five years? Or seven or 10? I wouldn’t put my money on it, though Leonardo has surely sunk hundreds of millions of its dough into its acquisition and development, so it is anxious to get its tiltrotor in the hands of customers, and there  are no unachievable development or certification roadblocks that would prevent it from doing just that.

One of the greatest failures and one of the most successful programs in all of aviation history is that of the Eclipse 500 very light jet. At the time of its development, there was widespread interest in what somebody started calling very light jets, often referred to simply as VLJs. The idea is a very old one, to create a personal jet by taking the engineering framework of light jets, like Cessna’s CitationJet, and making it ever smaller. Williams International commissioned Burt Rutan to build just such a jet to show off a new, very small turbofan engine. True to form, Rutan created something wild, a forward-swept wing, V-tailed jet dubbed the Williams V-Jet II. Microsoft veteran Vern Raburn fell in love with the little jet and ran with it, pouring tens of millions into its early development and ultimately coming up with an airplane that had almost nothing in common with Rutan’s design.

Early on, the new company, Eclipse Aviation, which was (yes, past tense) based in Albuquerque, New Mexico, focused not only on the development of the airplane, which faces numerous steep challenges, but also on creating a market for it. Raburn didn’t want to make a couple dozen jets a year. He wanted to build hundreds, but he knew the only way to do that was to achieve economies of scale, which isn’t possible when you’re turning out handfuls of planes.

It’s critical to understand the enormity of the project Eclipse had entered into. It would create a sub-6,000-pound (a key weight for ease of certification) twin-jet that would be fast—it was aiming for around 370 knots, could fly high (up to the low 40s) and would be less than or slightly more than a million bucks to buy. Critics said it couldn’t be done, that the very concept of the turbofan couldn’t be effectively scaled down, not to mention all the systems, environmental, bleed air, anti-icing and many more, that would go into a high-flying pressurized twinjet, all of which would still have to be on the jet regardless of how small it was. Despite an engine swap (to a Pratt & Whitney PW610F), Eclipse still managed to get the 500 built and hitting most of its performance targets—that subject is a long story for a different time.

Raburn envisioned a world in which hundreds or thousands of Eclipse jets would be used for short-haul on-demand charter. Customers would show up at the airport, hop in an Eclipse and jet off, let’s say, to travel 500 nm to swap Nashville twang briefly for New Orleans swing. The tickets would be low priced, multiple strangers would share the ride, and operators would still make a buck based on the sheer number of rides and the low cost of operating the EA 500. To be clear, that marketplace didn’t exist until Raburn came up with it, and as hard as he evangelized for its creation, it never happened.

The jet he envisioned did indeed happen, and it is nothing short of a marvel, with a ceiling of 41,000 feet, a fuel flow of around 60 gph (total), easy flying manners and an exterior noise level that kept neighbors happy. Eclipse was awarded a controversial provisional type certificate by the FAA in 2006, and it won the prestigious Collier Trophy for the jet that same year.

Eclipse produced 260 EA500 jets before shutting down operations in what was a billion-dollar bankruptcy. A follow-on company, Eclipse Aerospace/One Aviation, made a slightly beefed-up version, the Model 550, but only delivered 33 of them before closing its doors.

The Liberty XL-2 is a great little two-seat trainer or runabout. And it came at a time when everyone thought we needed a new one of those. It made sense. The old faves, the Cessna 150/152, the Beech Skipper and the Piper Tomahawk, to name a few, were all long out of production, and many flight schools had defaulted to using four-seaters to do training flights, the vast majority of which carried two people aloft, the learner and the instructor. Once a new, affordable alternative is available, people will beat a path to your hangar door, right? Not really.

The Liberty was unusual, though not unprecedented, in being a development of an Experimental category plane, the Europa XS, designed by Ivan Shaw. I flew the Europa with demo pilot Pete Clark in Florida in the early 2000s. It was one of the best-handling airplanes I’ve ever had the chance to fly. It was, indeed, capable of some advanced aerobatics, which Pete, a test pilot with long experience, demonstrated for me. It was fabulous. The Europa featured an all-composite airframe and a Rotax 912 for power. It also had a single landing gear, a center-mounted one with wingtip thingies to keep you from dinging the tips should you go a little off-kilter. The design is common in sailplanes.

The Liberty took the fuselage of the Europa, made a similar planform wing out of sheet metal, and swapped out the Rotax for a FADEC-controlled Continental IOF-240. The slow speed handling is remarkable, approaches are aided by 30-degree Fowler flaps, and there are control sticks for flight control instead of yokes. A pair of gull-wing doors allowed easy in and out, and the seating area offered spectacular visibility.

So, if you build it, they will come, at least according to Hollywood, but in this case, not so much. Despite a succession of seemingly smart pivots, including diesel and auto-fuel capable engines, partnerships with investors and licensed manufacturers, the Liberty never got much traction.

My theory is that the premise was flawed. Those two empty seats in the four-place planes flight schools were buying and operating as basic trainers had some intangible value to students and to operators, value that more than makes up for the difference in purchase price and operating costs. So the world, apparently, didn’t need or want a next-gen two-seat trainer. It’s too bad because the Liberty is a nice airplane. Maybe you’ll run into one sometime. The company built 132 of them before closing up shop for good. 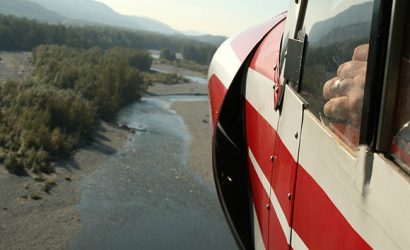 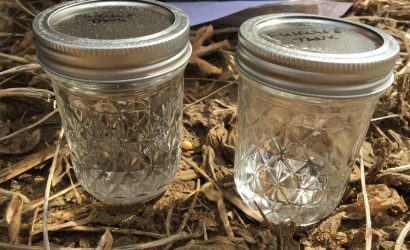 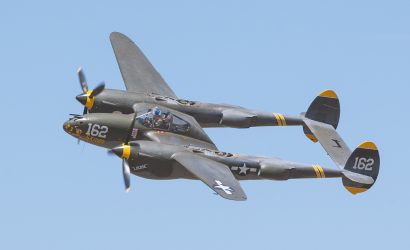