At Oshkosh, over by the gift shop, there’s an “airplanes for sale” bulletin board, the real, old-fashioned kind of stick-pin bulletin board. Every year, we stop by, sometimes more than once, to look at the planes. We’re never sure what we’re looking for, but we always find plenty of weird and wonderful winged creations to whet our appetites (as if we needed it) for getting into the air. And we can’t help but think about the planes there. Whose are they? Did the owner at some point in the past 50 years find their plane on this very same bulletin board, maybe back when flared pants and mutton chop sideburns were in vogue, when the official attire of any true EAA’er was that famous blue windbreaker with patches from fly-ins past?

There are so many little details about the Oshkosh AirVenture fly-in, the upper Midwestern American summer gathering of pilots and other aviation enthusiasts, that can immediately give one a sense of place. The morning revelry, the smell of burgers on the open flame wafting out toward the flight line, the glint of sun on a P-47 on that walk to the North 40 showers before most of the people making up this weeklong city have arisen. (That glint from the same sun seven decades back when this plane was in Burma waiting to go into battle.)

Let’s establish that no one can see all of the show. There’s too much. Way too much. So you’ve got to pick your spots, keep your eyes ready to dart skyward at the sound of a Merlin or the roar of a big Pratt turbofan.

And as the week marches on (if you’re lucky enough to be there for the whole event), the show imparts to every attendee a different set of experiences, different from last year’s and from the next event, too. So you let it soak in, because there is literally too much to take in.

This year’s OSH gathering will have lots of pilots, some like you; interesting news developments; and no end of amazing planes, many of which fill the afternoon sky with salutes to aviation’s remarkable past and some of which are harbingers of its great future. We can’t wait for every single bit of it—the friends, the stories, the losses and the promise of it all.

And EAA’s excellent promotion of the event, which stars and wings will be at this year’s event, all of it is worthy and fascinating. But you know what? We’ll be there regardless, this year and every year.

The photography that makes up this gallery is courtesy of those friends at EAA, whose many photographers spread across the grounds during the week of the show, capturing brilliantly those many things that we might have missed last year but swear that we won’t…this year. 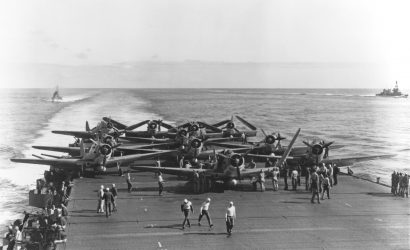