Aero Friedrichshafen, the popular sport aviation show held in Germany each spring, has officially canceled its 2021 show due to the ongoing coronavirus pandemic. Aero leadership issued a joint statement, saying, “It is with a heavy heart that we have made this decision to cancel the leading trade show for General Aviation for the second time. However, a decision at this point in time is right and fair. We are now creating planning certainty for our exhibitors, visitors and suppliers. The current pandemic situation does not allow us to hold a trade show at the moment.”

The FAA has released its official NOTAM for the 2021 Edition of Oshkosh AirVenture. The NOTAM, which details the procedures associated with all air operations at the event and in the surrounding airspace, features several notable changes, including the addition of brand new waypoints of the FISK arrival and much-improved arrival procedure graphics.

The FAA has revoked all pilot certificates held by former FAA Safety Manager and longtime Flying magazine columnist Martha Lunken after she flew under Jeremiah Morrow Bridge near Cincinnati in 2020. The certificate action by the FAA represents the worst possible outcome for Lunken, not the suspension, but the revocation of her certificates. To recover her pilot qualifications, she would have to wait a year and then start over as a student pilot. Lunken turns 79 this year.

The NTSB has issued its final report on the fatal midair collision between two sightseeing airplanes – a de Havilland Beaver and a de Havilland Otter – in Alaska in May 2019. The collision resulted in fatal injuries to all five aboard the Beaver. The Otter’s pilot and nine passengers survived the collision and resultant crash landing.

Unlike most of the NTSB’s reports on mid-air collisions, the board did not find that the cause was the pilots’ failure to see and avoid other traffic. Instead, the Board cited two factors—the obstruction of the sky by the aircraft’s structure and the FAA’s lack of requiring traffic alerting systems for aircraft doing sightseeing duty, especially in high-traffic areas.

Elon Musk’s SpaceX won the $2.9 billion NASA contract to build a landing system designed to shuttle astronauts to the moon and back. As part of the Human Landing System program, SpaceX was one of three companies the space agency chose last year to develop technology for a lunar lander. SpaceX’s “Starship” design came out on top. This marks the first time NASA has contracted with a private company to design and build a human lander.

Kathy Lueders, NASA’s associate administrator for Human Explorations and Operations Mission Directorate, said, “This critical step puts humanity on a path to sustainable lunar exploration and keeps our eyes on missions farther into the solar system, including Mars,” Lueders said in a statement.

Though an announcement of final attendance numbers is likely still weeks away, Sun ‘n Fun management is considering the show a big success. “Lites” Leenhouts, who heads up the event, reported the event’s gala fundraiser took in close to $250,000. Sun ’n Fun’s parent organization, the Aerospace Center for Excellence, counts numerous programs and initiatives under its purview, but the biggest earner of them all is the annual fly-in, generally acknowledged as the kickoff to the U.S. summer airshow circuit. Still, controversy lingers over organizers’ lax adherence to Covid-related safety protocols, and crowd estimates seem not to line up with announced ticket sales, but attendees overall seemed glad to return to in-person aviation events.

Democratic leaders on the House Transportation and Infrastructure Committee introduced The Healthy Flights Act of 2021 on Thursday. The legislation would require the transportation secretary to develop an aviation-sector plan for managing disease outbreaks. Introduced by Rep. Peter A. DeFazio (D-Ore.), the committee’s chairman, and Rep. Rick Larsen (D-Wash.), the aviation subcommittee chairman — the proposed legislation mandates that the FAA has the authority to impose requirements to protect passengers and airline workers during public health emergencies. It would require that people wear masks on airline flights and in airports (though it remains unclear whether smaller GA airports are included), and that airline employees and some FAA personnel be given personal protective equipment during public health emergencies linked to respiratory diseases.

Pilatus Aircraft reported glowing financial results for 2020 and also said he would be stepping down this summer. Despite the Covid-19 pandemic, Pilatus nearly matched its 2019 results. It delivered 129 aircraft last year, just five less than the 134 the manufacturer handed over a year earlier. The Swiss OEM generated around $1.2 billion U.S.  in revenue.

Pilatus CEO Oscar Schwenk will step down at the end of the year. Schwenk, who will remain with the company in a non-operational capacity, said, “We have come through a challenging year with flying colors. Surviving the corona year with such a good result is proof that Pilatus is a very healthy company with a sustainable strategy which is fully supported by all.” Schwenk will be succeeded by Hansueli Loosli, who joined the Pilatus board of directors last year.

Lars “Ratz” Ranzenberger, former bass player for the German heavy-metal band Metalium and aviation enthusiast was killed April 18, in the crash of his ultralight trike. The accident occurred around 10 a.m. local time near Mallorca, Spain, where, according to a local news source, the 53-year-old musician-turned-entrepreneur had lived for several years. The trike crashed alongside the grass runway at Vilafranca de Bonany-Es Cruce Airfield (Aerodroma Mallorca), where Ranzenberger hangared his aircraft. Metalium was formed in 1998 and produced eight albums before breaking up in 2011.

Bye Aerospace took the wraps off its eFlyer 800 design this week. The concept eight-place all-electric twin includes a whole-aircraft parachute and targets the regional-airline, air-taxi, cargo, and charter segments. According to the company’s ambitious projections, operating costs will be one-fifth those of turboprop twins. The eFlyer 800 is expected to have a high-speed cruise of up to 320 knots, 35,000-foot ceiling and 500-nautical-miles’ range with IFR reserves. The company has been working on developing different electric aircraft for the past decade, though it doesn’t yet have any models that appear to be anywhere close to FAA certification. 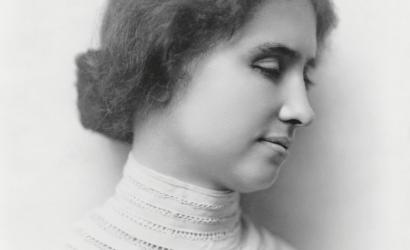