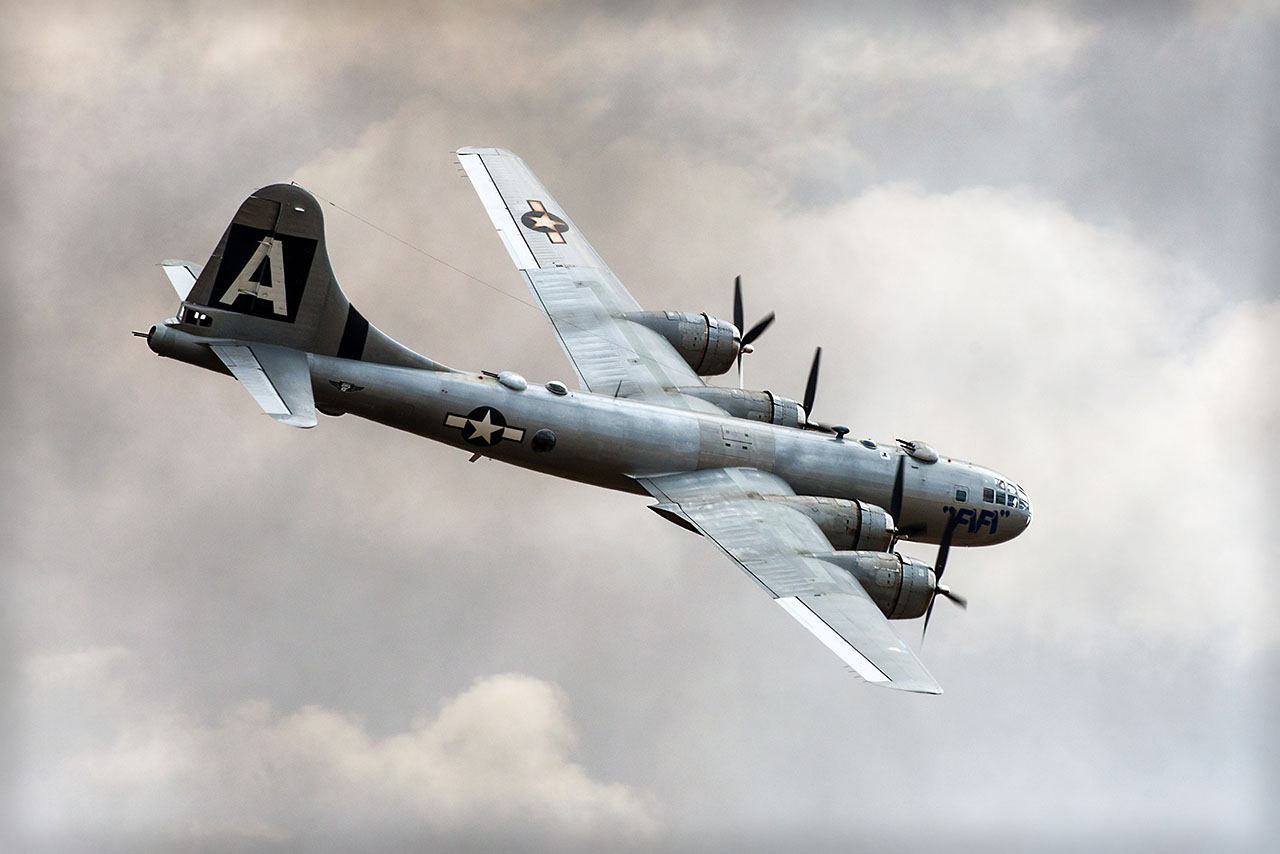 The Superfortress was a first in many ways, including being the first and hopefully only aircraft to ever drop a nuclear bomb in wartime—two, in fact, when it was used to bomb Japanese cities Hiroshima and Nagasaki, which effectively ended the war in the Pacific. As an aircraft, it was revolutionary, featuring a huge payload, a pressurized forward section, and extraordinary range. It had a short life, as turbine-powered bombers soon made it obsolete, but it remains one of the most significant aircraft in history.