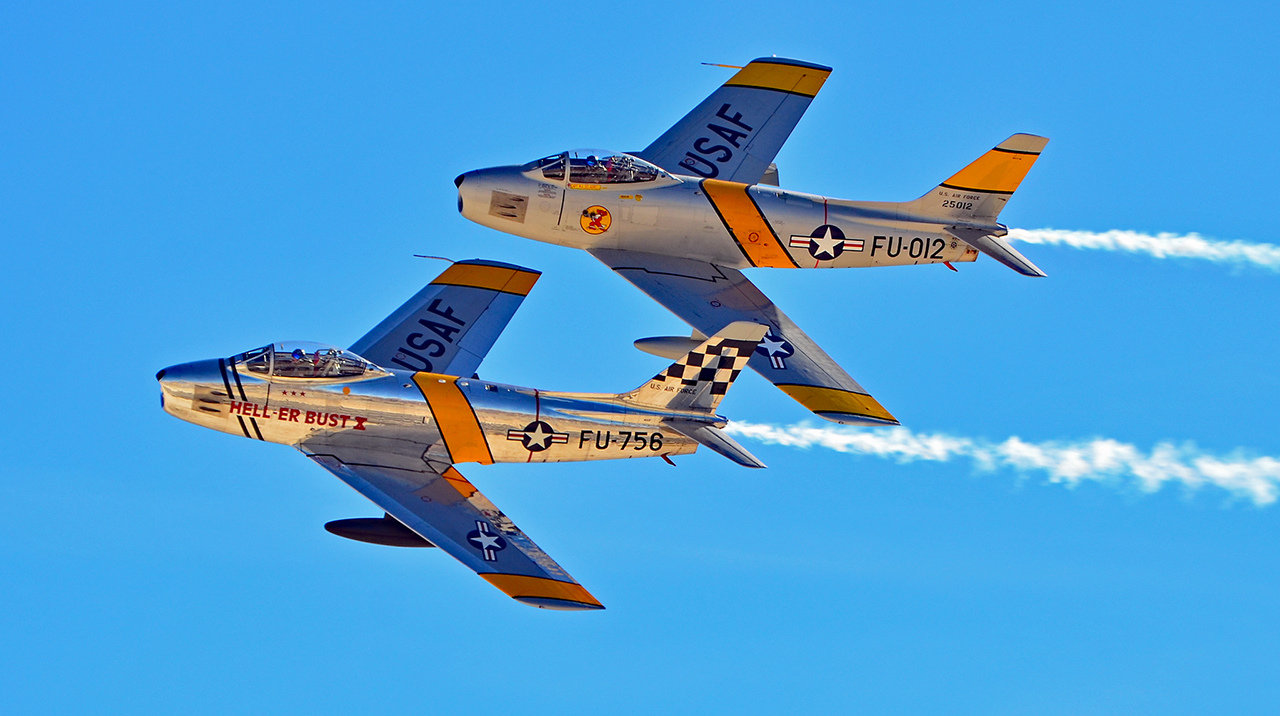 The fighter jet that arguably set the standard for all fighters to follow, the swept-wing Sabre wasn’t supersonic, but it was fast and maneuverable, though its early forays into aerial combat put it up against another plane that deserves equal billing as a pioneer, the Soviet-developed MiG 15. Both planes were quickly obsoleted by superior technology, which built upon their basic designs.