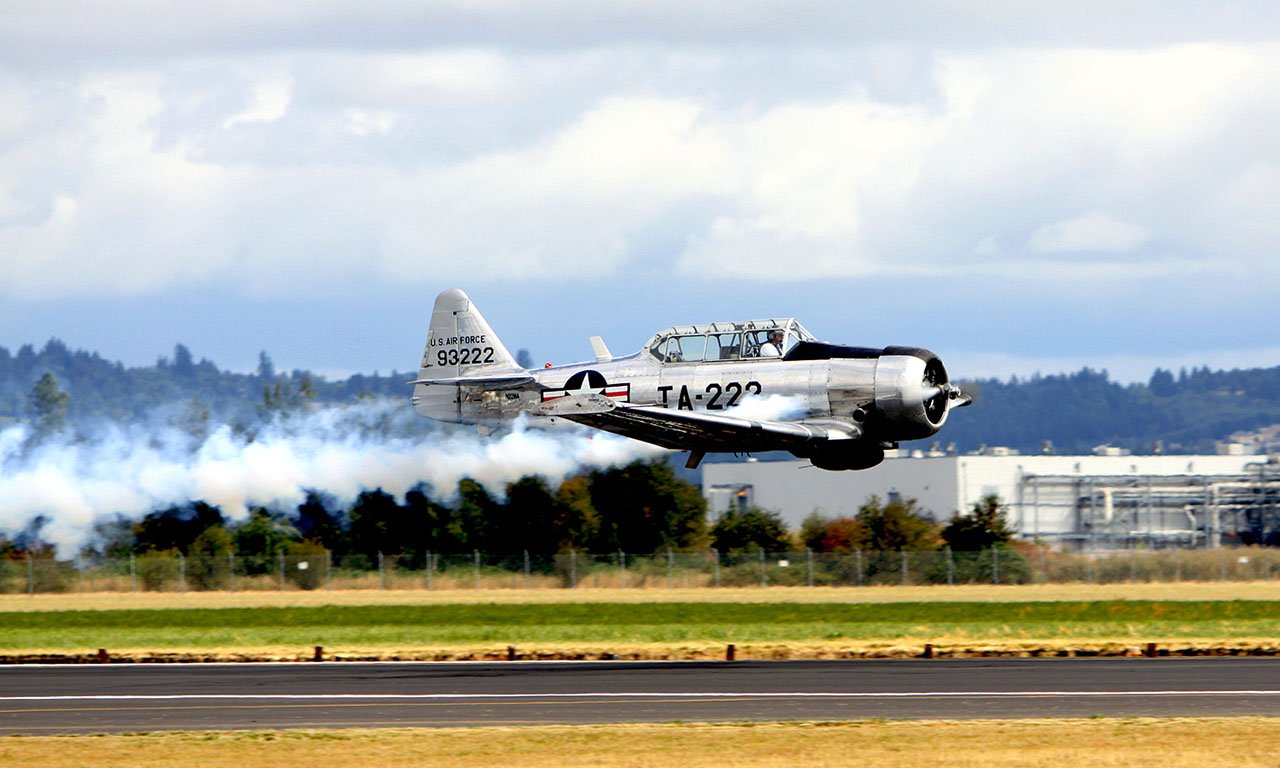 Nicknamed “The Pilot Maker,” the single-radial-engine, retractable gear taildragger was the advanced trainer that taught tens of thousands of Allied flight pilots to fly, and not just to fly, but to be pilots, as the plane requires great skill to fly well. Produced in huge numbers—more than 15,000—for the war effort, the relatively affordable T-6 has for decades been the most popular warbird on the airshow and fly-in circuit. Replaced in the late 40s by the North American T-28 Trojan advanced trainer, the T-6 remained arguably the better trainer, demanding more of its pilot-trainees while offering more learning opportunities than the easy-flying, tricycle gear T-28. In the ’50s and early ’60s, Texans were plentiful and cheap, with serviceable examples sometimes selling at auction for less than $1,000. Today, T-6s are prized possessions, and most are kept in pristine condition, belying the trainer’s roots as a tough, do-anything pilot trainer that helped teach the pilots of the Greatest Generation how to fly fighters.