Late last week, High Sierra Fly-In founder and organizer Kevin Quinn posted on the fly-in’s official Facebook page that he was pulling the plug on the growing gathering of backcountry flying enthusiasts that takes place every year on remote Dead Cow dry lake in the Nevada desert. While the 2020 gathering has been nixed, Quinn did announce that the STOL/Drag contest would go on, with coverage presented online—details to come on that.

Quinn blamed the cancelation on the State of Nevada’s restrictions on gatherings of more than 50. Last year’s fly-in was host to more than 1,000 people. In his informal post to attendees and prospective attendees, Quinn said, “Odds are, come October things may be different but remember, the election isn’t until November. Things are what they are and restrictions are going to continue unfortunately.”  At the same time, Quinn did voice some acknowledgement that High-Sierra is a part of the larger aviation community, suggesting that his event has a responsibility to that community, as well. In recent years, there have been STOL contests at the Reno Air  Races and at EAA AirVenture Oshkosh, both of which have been cancelled for 2020.

The response to Quinn’s post was hugely supportive, which seems more a measure of the loose-knit group of pilots and bush flying enthusiasts’ loyalty to and respect for Quinn than a belief that the event should be cancelled. While there were a number of comments that voiced support for the choice itself, dozens of commenters pointed out their belief that coronavirus-related restrictions were political and echoed Quinn’s suggestion that restrictions might go away in Nevada, and elsewhere, if the hoped-for results of electing officials who share their skepticism about the pandemic and the need for social distancing are elected.

In an announcement that surely sweetened the sad news, Quinn announced that the STOL/Drag completion would go on. The STOL/Drag race combines short takeoff and landings with a short airborne drag race between the two landing zones. Quinn expressed his concern that proficiency would suffer during the pandemic and that holding practice and the competition was going to help. It will also help the community weather the disappointment. High Sierra has been a physical and social touchstone for the community these past several years, and it will be a tough event for past and prospective first-time attendees to miss.

Quinn also made a point to quash the idea of putting on a bootleg fly-in, writing, “Please do not plan to come out to Dead Cow at this time. We simply cannot host you nor handle the, ‘I’m just gonna go anyways’, mentality. Trust me when I say, ‘I’m on your side with all of this,’ but we must set ourselves up for success.” He went on to reiterate the message, writing that he knows ,“it’s not the same as breathing the dust at Dead Cow,” and that he “would love nothing more than to invite the world to our little slice of paradise, but again we must do our part.” He added, “I’m not interested in being the only aviation event in the world to continue as planned.”

He finished the note with a vote of conviction that the event and the community would be stronger for it all and reminded everyone, “We will get through this,” and added a peace sign emoji for good measure. Indeed!

Check out photos from the 2019 High Sierra Fly-In here. 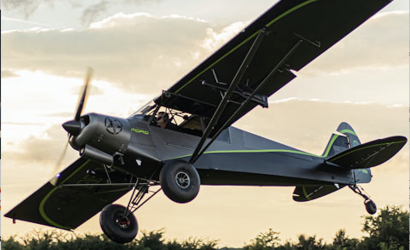 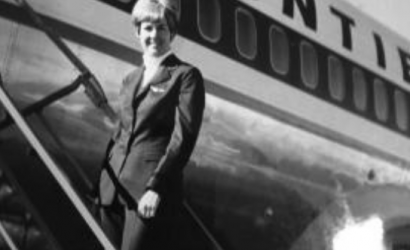