The B-25 flying as Old Glory crashed in California on Friday shortly after it had returned from an Armistice celebration in Hawaii. Two of the three crewmembers suffered what authorities called “non-life threatening injuries,” and only one remained hospitalized overnight.

The plane crashed in Stockton, California, apparently after the crew was forced to put it down in a field. Unfortunately, it hit a drainage ditch in the process, doing very substantial damage to the aircraft, including tearing the starboard engine completely off of the wing. The plane was restored extensively in an eight-year project, and it has flown in airshows around the country since then.

The B-25 is based in Albany, New York, and is operated by the Prescott Foundation. Along with 14 other aircraft, Old Glory had flown in The Peace Aerial Parade for the 75th commemoration of the end of WWII. It was shipped back to California recently. It had been, according to the foundation, getting set to fly back to New York when the accident occurred. The foundation said the crash was the result of a “mechanical malfunction” but didn’t go into any more detail. It is, after all, a twin-engine aircraft with more than enough power to fly on one engine after one fails, especially at a weight that is far below the weight it was designed to fly at while carrying up to 3,000 pounds of bombs.

The FAA and NTSB are investigating.

The B-25 flying as Old Glory crashed in California. 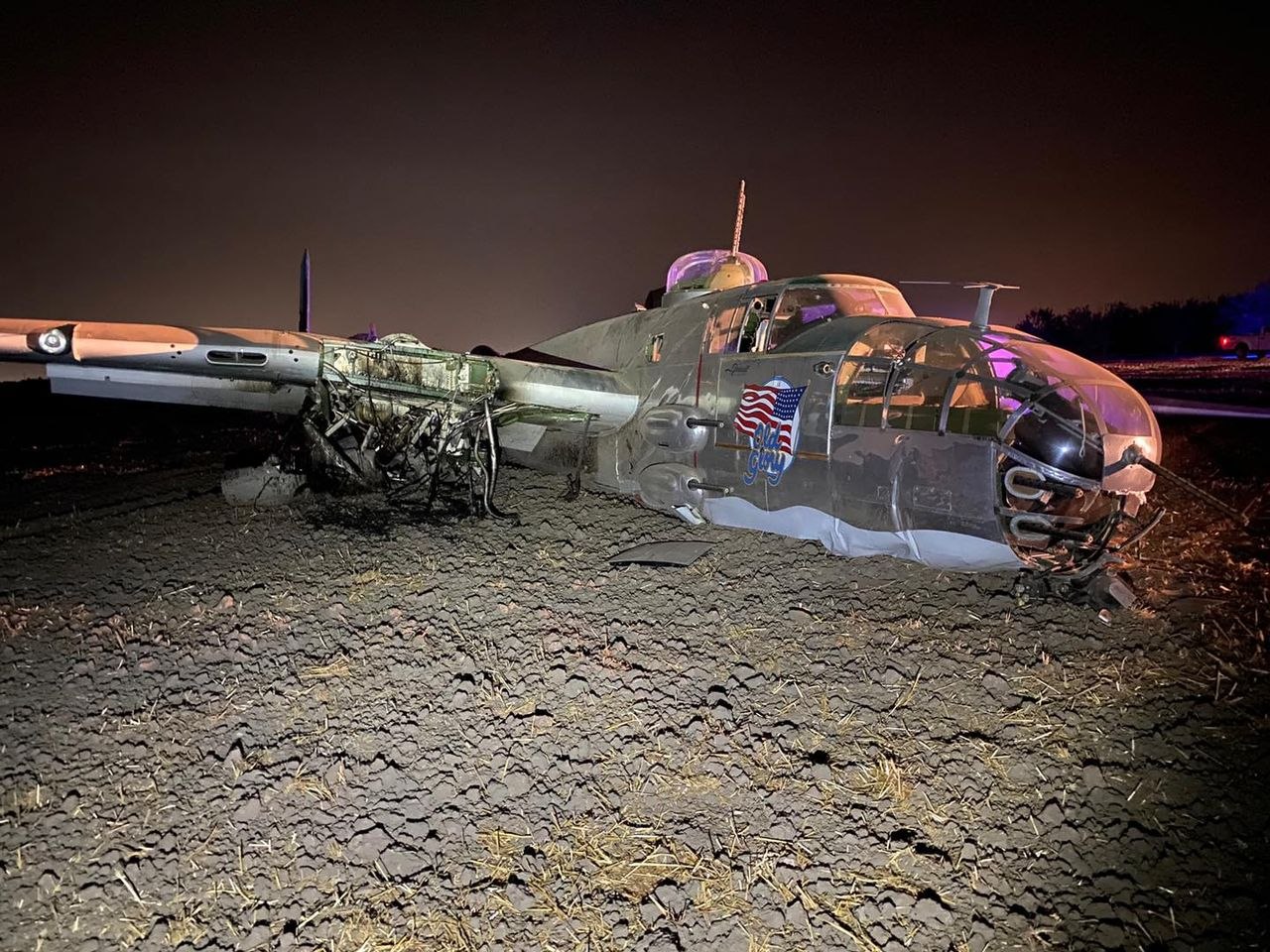