If you own a Cessna single-engine airplane from the good old days, chances are you’ve held your breath as you waited upon the FAA to release its final rule on the Airworthiness Directive (A.D.) regarding the wing-strut attach point, well, points. There’s one on either side of the plane. The FAA became aware a couple of years ago “of cracks in the lower area of the forward cabin doorpost bulkhead on more than four dozen Textron 100 and 200 airplanes.” Those models are the Cessna model 100-series (172, 182) and 200-series (206, 207 and 210) airplanes, of which there are tens of thousands in the worldwide fleet. (Textron Aviation is owner of Cessna, of course.)

How bad could it be if your plane needs to be inspected? The inspection itself is the least of it. It will probably cost a few hundred dollars, according to the FAA’s estimates on the costs involved. And for cream puffs, that is, planes with less than 4,000 hours’ time on them, inspections only need to be performed when the plane gets to 4,000 hours or when you put another 200 hours on it, whichever happens first. Planes with 4,000 or more hours on them will need to be inspected within the next 200 hours or 12 months. For planes that already have a service kit installed, or on which there are new cracks found during the inspection, there are different and additional requirements. And it goes without saying that you need to refer to the A.D. itself, which can be found on the federal register, here.

If your plane needs a service kit installed, the costs of the A.D. could be, depending on what model of plane you have, a lot of dough. Including the service kit from Textron, which isn’t cheap, and the required labor to install it, those planes found with cracks will be looking at many thousands of dollars of expenses, not to mention the down time, which could be substantial considering the sheer number of aircraft, more than 10,000, that are covered by this A.D.

Is there a bright side? Not much of one. By the time you’ve completed the work, you’ll have an airplane that’s worth more than it was before, though that’s small consolation. At least in this case, with the value of used Cessnas rising so precipitously of late, the plane you’re putting the money into is worth a lot more than what you paid for it if you’ve had it for any length of time.

And there’s the fact that this repair might just keep the wings from off your airplane in flight. Which, in the FAA’s defense, is their biggest concern. 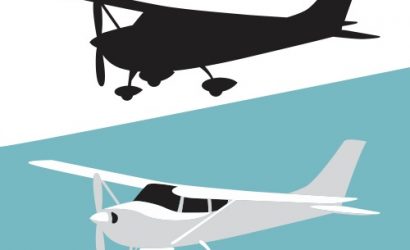