When the Kern County Sherriff’s Office sent a helicopter to take a look at a report of a plane down on a dry lakebed in Eastern Kern County about 30 miles north of Edwards Air Force Base, personnel aboard the helo instead found a plane stuck in the mud.

Its pilot, likewise, was stuck in the mud, apparently unable to journey any distance from the taildragger because of the deep soft mud. The chopper airlifted the pilot, who was unhurt. No word as yet on the fate of the Piper.

The lake in question, Koehn Dry Lake, is located between desert peaks in the northwestern Mojave Desert. It’s one of many dry lakes in the area, including those used by Edwards Air Force Base for landings of planes that need a lot of runway, including the Space Shuttle, which touched down there in 1981, on the near shore of Rogers Dry Lake. Other dry lakes in the area, Rosamund and El Mirage, in particular, have rich aviation heritages. Koehn is wetter than most of them, though. As you can see in the accompanying Google Maps image, the coloration of Koehn is uniformly darker than Rogers’, to the south. While the individual images that make up a Google Map display might have been taken at different times of year, the photos of both lakes were most likely snapped by satellites in the spring, some time after heavy rains. Rogers seems to have mostly dried out. Koehn appears much wetter still.

So when is the surface of a dry lake safe to land upon? In the photographs of the sunken Piper, the surface looks pretty landable, though, clearly, even for a very light plane, it was not. When a lakebed is safe to land on is hard to say, but it’s clear that local knowledge of the geology of those individual lakes, how recently they’ve had rain and, indeed, the presence or absence of motorcycle and car tire tracks on the surface can be great clues, as well.

In this, case, we’re glad the pilot was unharmed and that the damage to the plane appears to be minimal, as well. 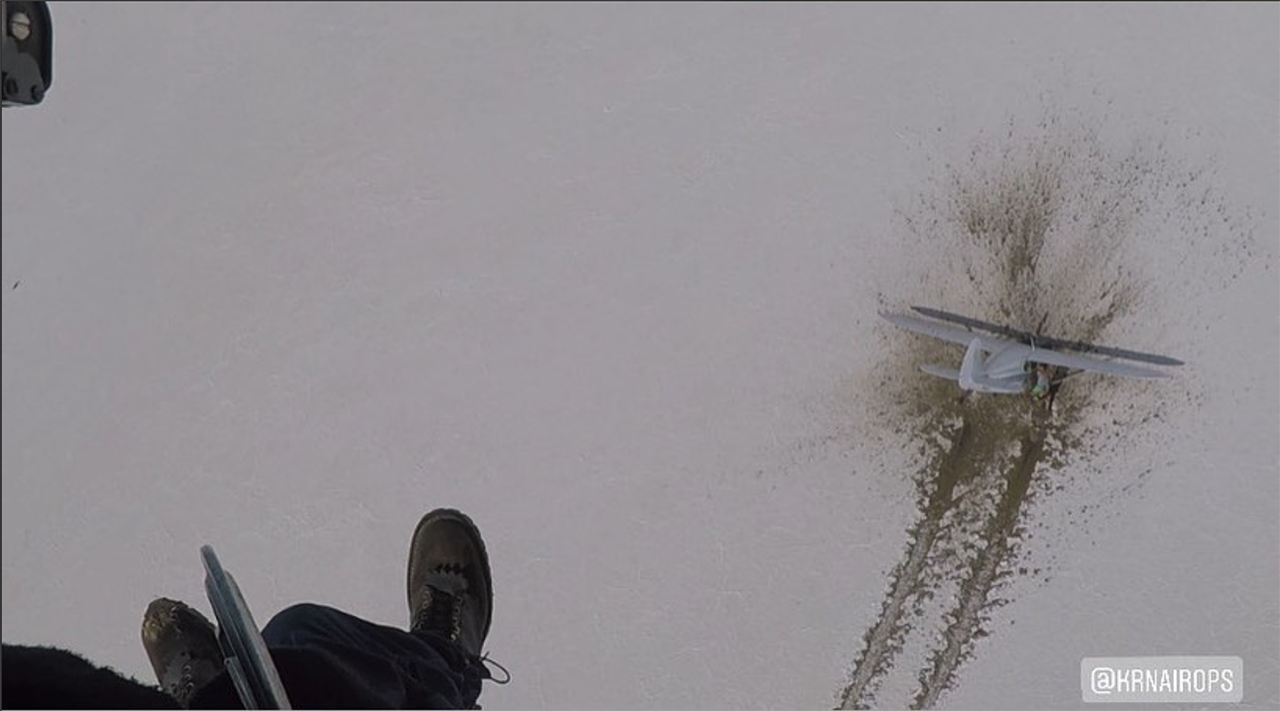