The French extreme flyer Vince Reffet, a member of Dubai’s JetMan team, died on Tuesday in Dubai during what his team is describing only as “a training accident.” Reffet jetted into worldwide fame earlier this year when he became the first pilot to take off from the ground and land again in a carbon-fiber hard-wing jet suit. A video of the remarkable first has been viewed many millions of times online. In addition, Reffet and teammate Fred Fugen, who performed as Soul Flyers in carbon-fiber winged jet suits, flew through Heaven’s Gate near China’s Great Wall, among numerous other feats, including flying into an airplane in flight. 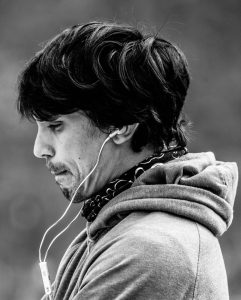 Reffet, who was 36, was the second person to fly the carbon-fiber wing suit, after extreme flight pioneer Yves Rossy. Reffet took the technology a step further, taking off from the ground in Dubai last year using a computerized stabilization system that allowed for hovering flight. Previously, all jet suit flights had launched from helicopters or some very high point—the small wings, which allow flight of faster than 200 mph, need a lot of speed before they start developing lift. So with his Dubai self-launched flight, Reffet effectively turned the wingsuit into a VSTOL apparatus.

We will update this story when new details emerge.