All they were doing was trying to count bighorn sheep, part of their typical aerial patrol duties with Utah Wildlife. But then the pilots saw something, a 10-foot high monolith hidden away in a remote part of the Utah desert. The object defies explanation. Well, at least that’s the story. We’ve got insights.

In any case, after they spotted the shiny metal, three-sided obelisk, they landed the chopper and hiked a short distance to where it was, located in a small wash with high walls. It was not the thing that anyone would have stumbled upon by accident, at least not while on foot.

If you’re a movie buff, you might have noticed that the object bears a strong resemblance to the monolith in Stanley Kubrick’s classic film, 2001: A Space Odyssey.

As far as its origins are concerned, we’ll say right now that it’s either manmade—or aliens use pop rivets, too. The finders didn’t say how the monolith was set in the ground, only that it was going nowhere soon, though they declined to say what its base looked like. They also haven’t weighed in about what it was made of, though it does indeed look like sheet metal to us.

Okay, so it seems pretty darned clear that it’s a manmade replica of the famous monolith in 2001: A Space Odyssey. But that brings up an entirely new mystery. Why would anyone do this? I mean, we agree that it’s fun, but what was the point? Did the maker and installer/s hope to have it discovered some day? And if so, why did they place it in such a remote part of the desert? Because building an ambitious piece of conceptual art that it’s likely no one will see, ever, well that’s truly art for art’s sake.

We’ll keep you apprised if the human or aliens who made and placed this thing take credit for it at some point. 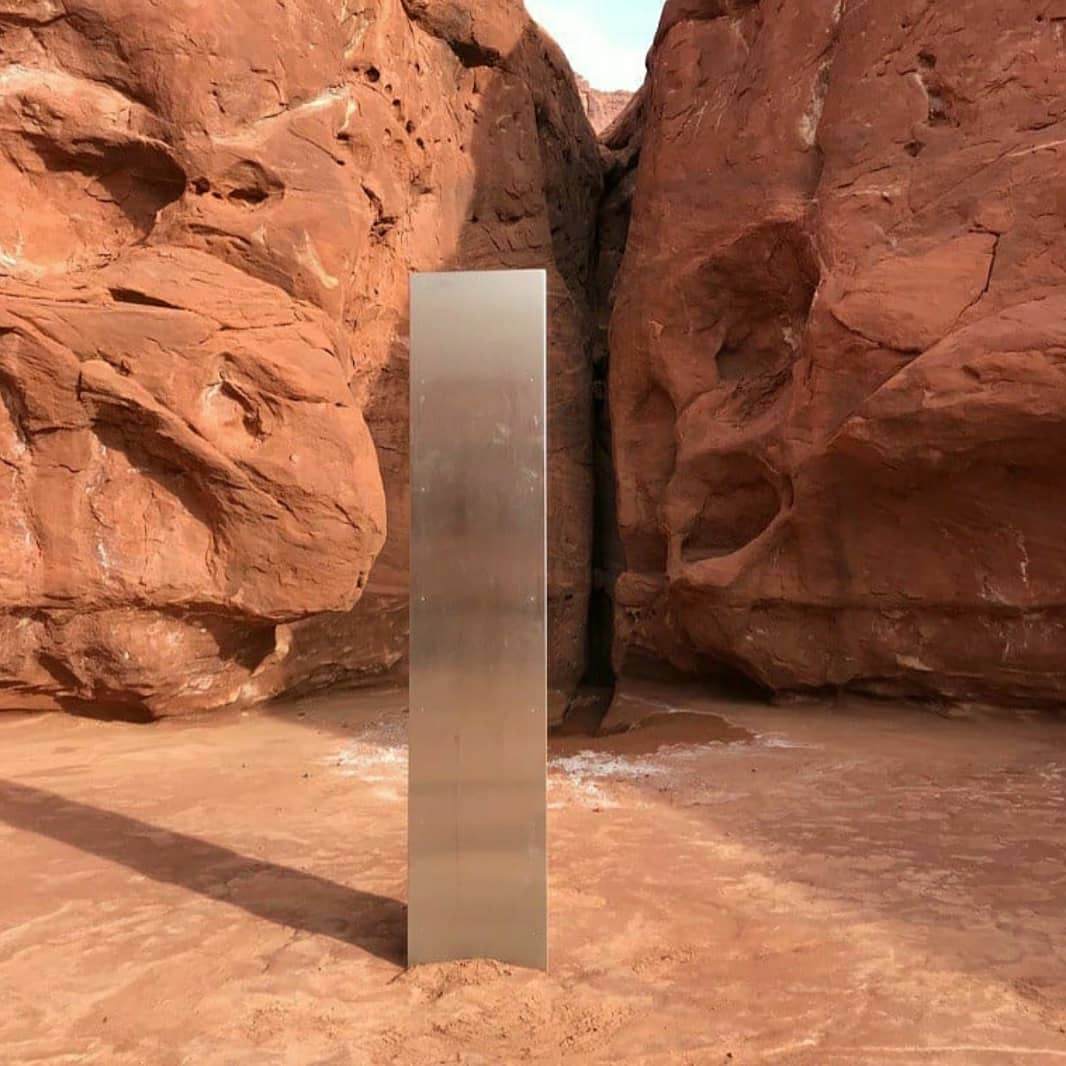