If you remember the uproar from weeks ago when details of network developer Ligado caused a great deal of concern from across aviation, you’ll understand why Congress passed legislation that will effectively put the brakes on the development of the planned network.

Ligado, which has the rights to a big chunk of the spectrum adjacent to GPS, has to work within some newly imposed limits on the development of its technologies that will leverage its bandwidth to open up a 5G network to power the internet of things.

The language in the sweeping defense bill would require the Department of Defense to conduct an independent review of the details of the FCC’s agreement with Ligado for the use of the bandwidth. It also establishes a process to better understand the potentially harmful effects the network could have on aviation use of technology related to the GPS spread of the spectrum. Other operators and manufacturers have expressed concern that the network would interfere with radar altimeters, which are critical components for many larger aircraft to conduct approach procedures, such as Category III approaches, where specially qualified operators with aircraft having the proper equipment can conduct very low approaches, making it an obvious point of concern for aviation safety advocates.

The bill also mandates that the DoD comes up with an estimate for what the costs of possible interference on aviation users would be. Those costs could include things like equipment upgrades to safeguard existing technology from interference, as well as infrastructure costs associated with safeguarding those uses, and more. The costs, it appears, could be extremely high.

The defense funding act was signed by President Trump, becoming law on January 1, 2021. Observers predict that parts of the law might be challenged by Ligado after it has had a chance to evaluate the orders and their potential liabilities under it. 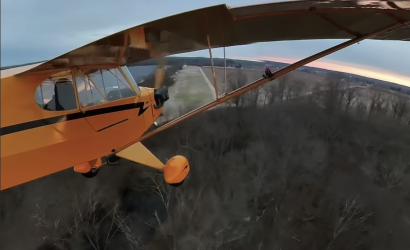