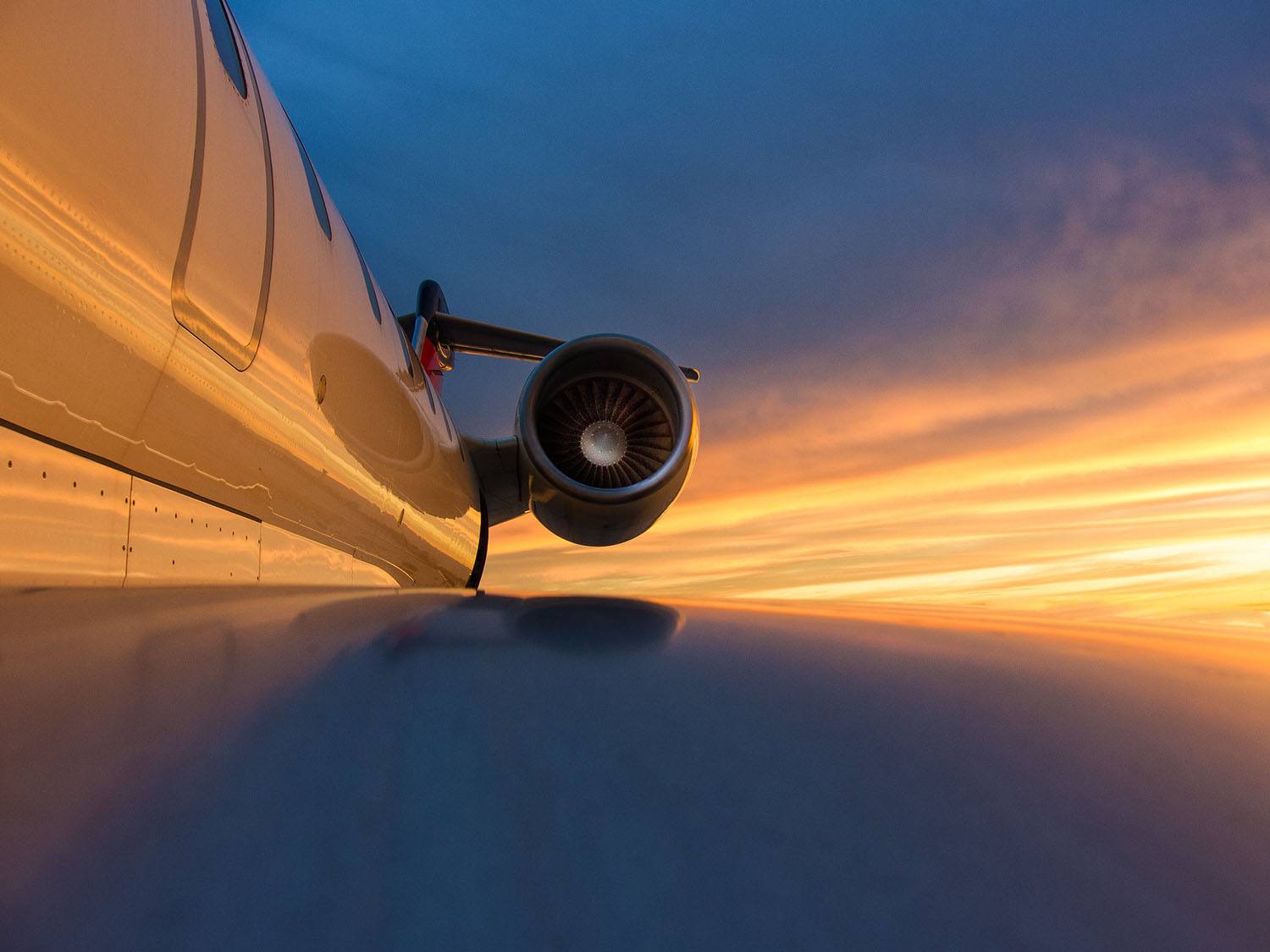 A Bombardier CRJ-200 on the ramp at sunset.