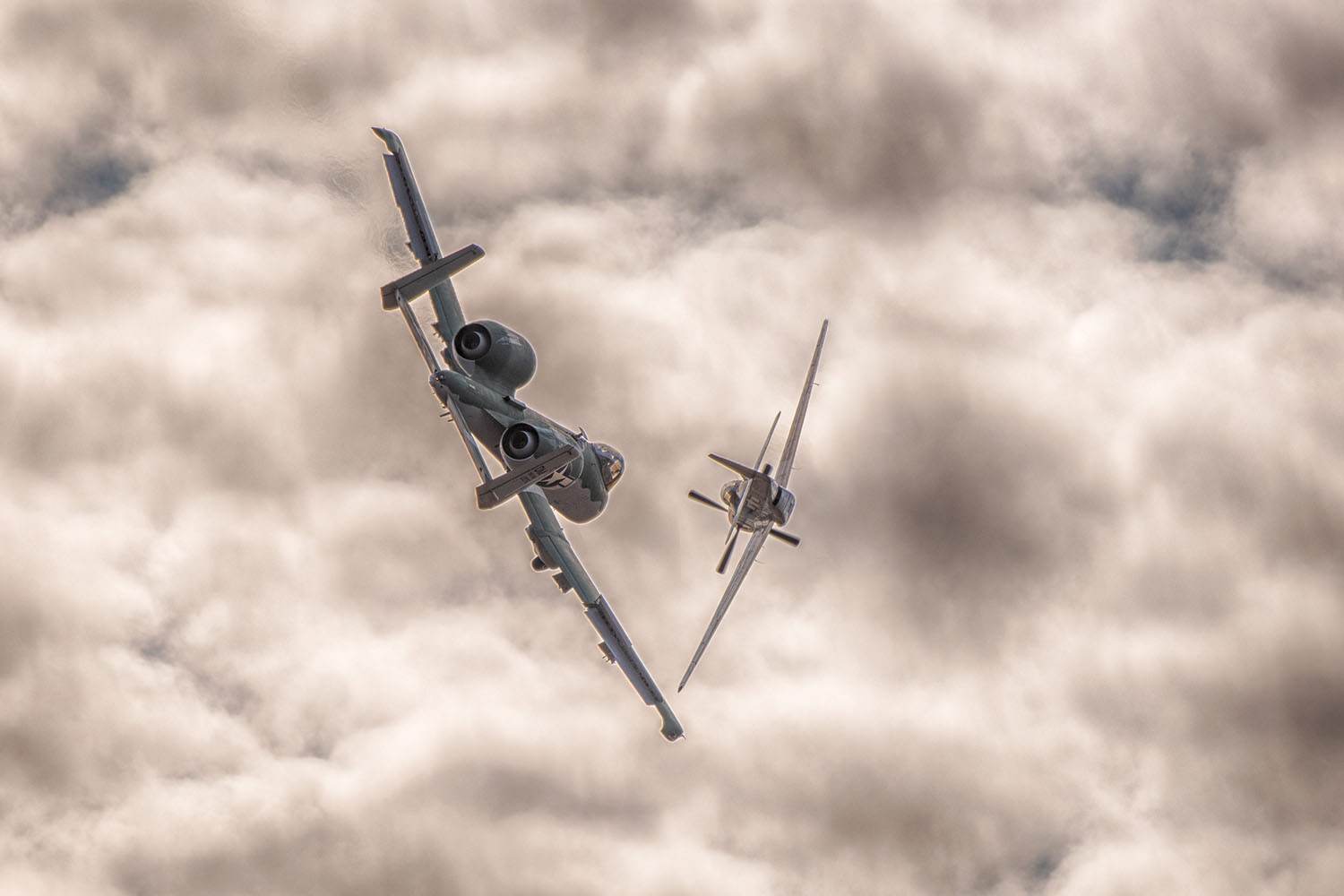 A Warthog A-10 and a P-51 during the Pacific Coast Air Museum Air Show in Sonoma County, California.