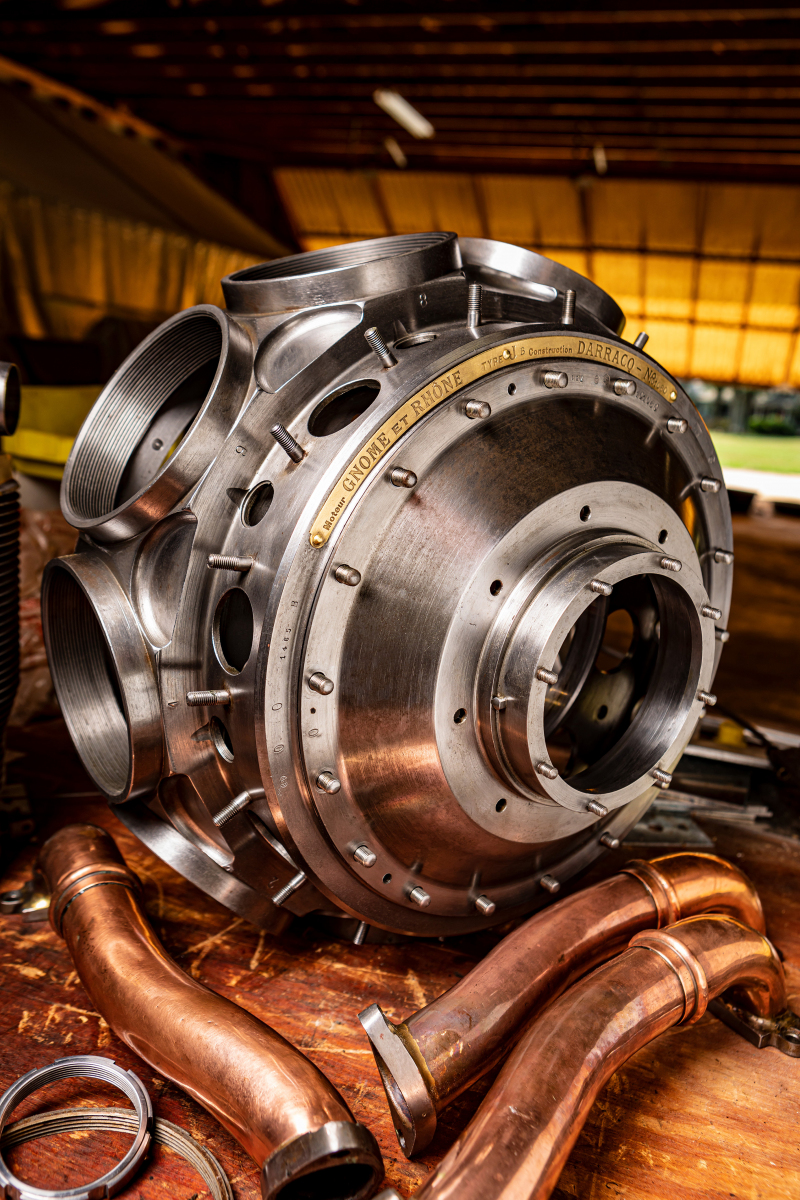 An image of a Gnome et Rhone engine taken during restoration.