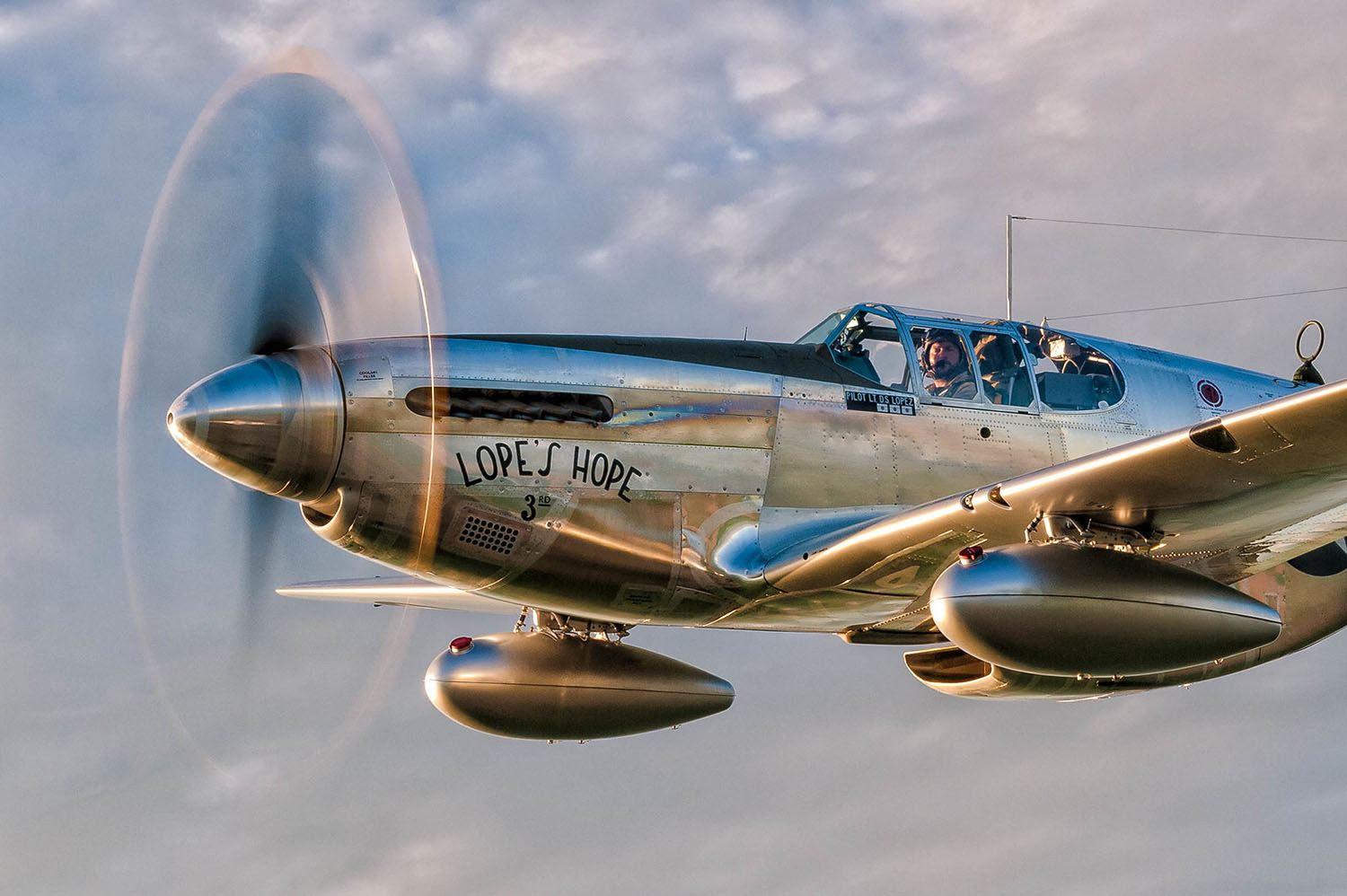 This striking warbird was shot at sunset to enhance the beauty of this newly restored P-51C Mustang’s skin.