Nighttime At The Airshow by Wayne Domkowski 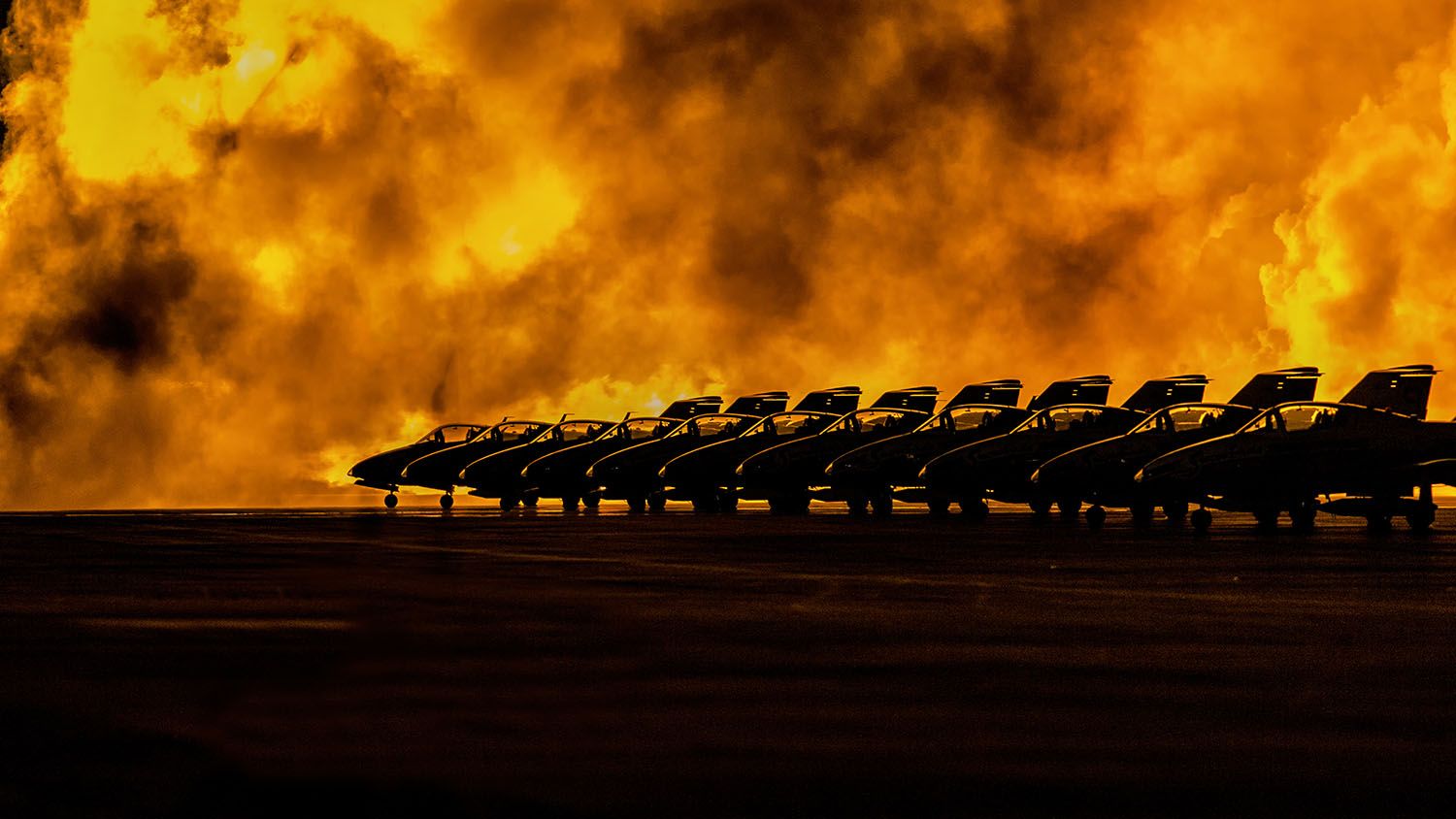 This photo of a wall of fire with Canadian Snowbirds in the foregrouns was taken at the MCAS Cherry Point, NC, airshow on May 5, 2018.