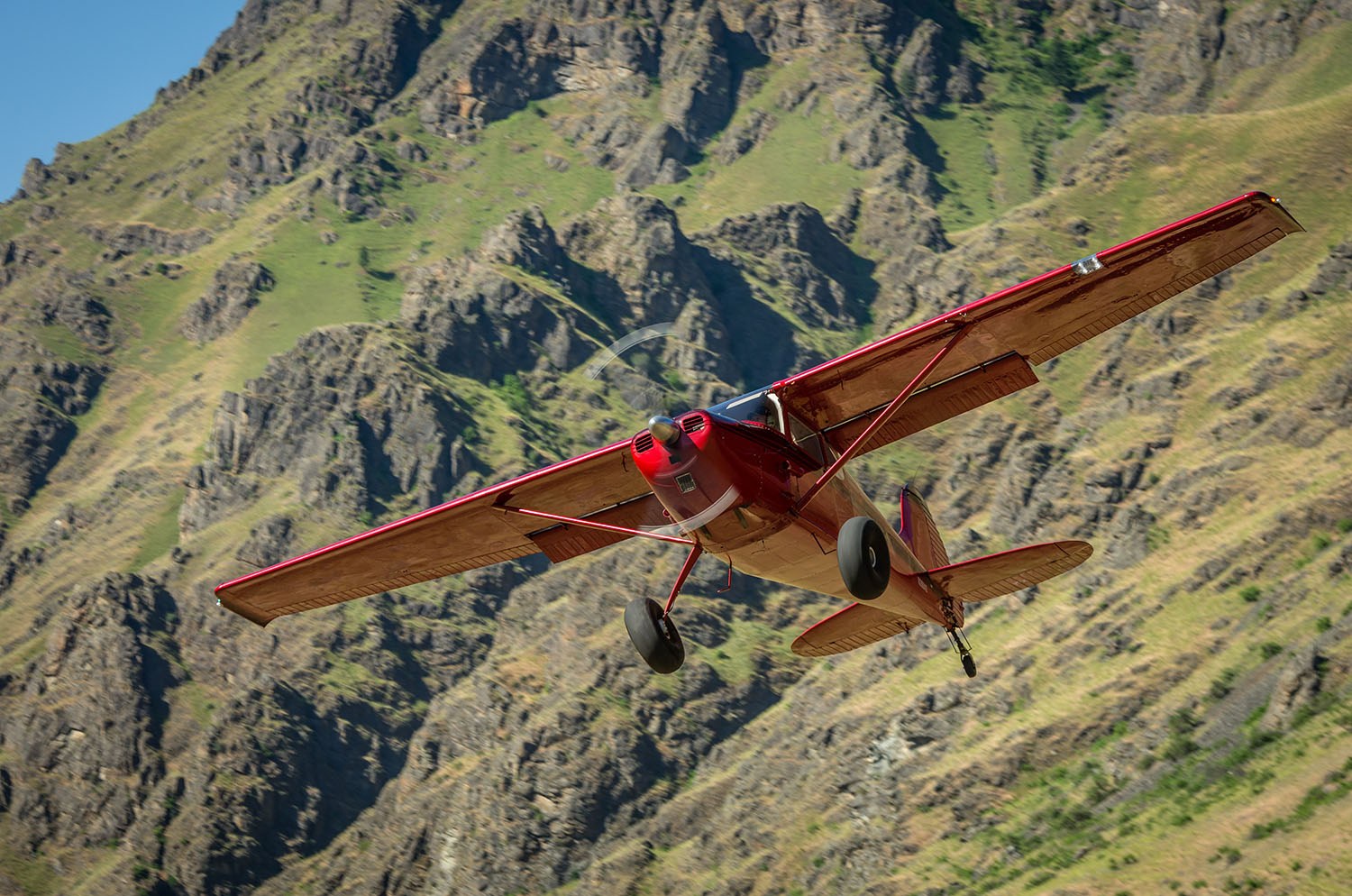 A departure from a backcountry airstrip in Hells Canyon (along the Snake River on the OR/ID border.