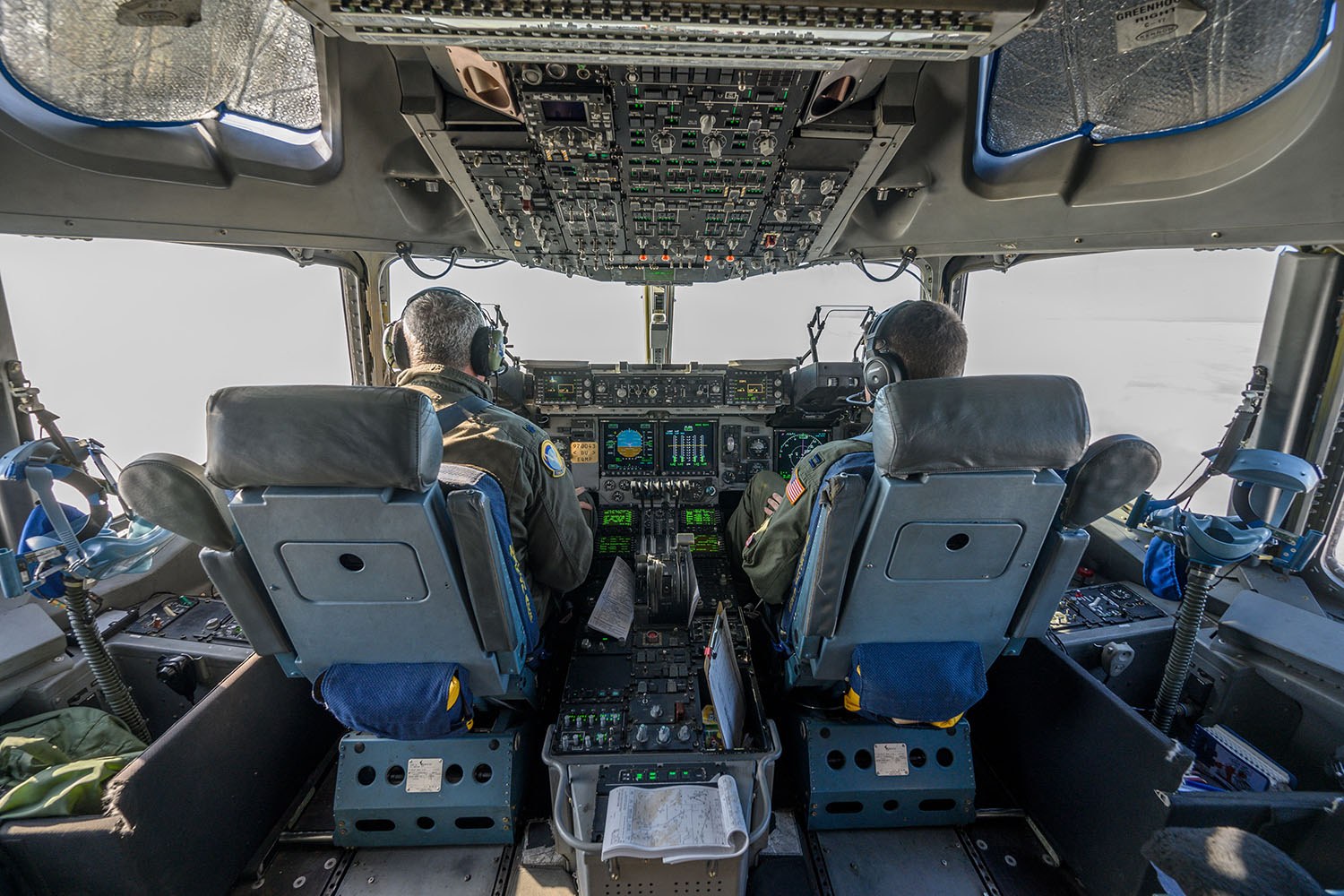 A pilot and co-pilot and marveled with an array of instrumentation and symmetry in the cockpit during Media Day at the Pacific Coast Air Museum.