Garmin has been awarded the 2020 Robert J. Collier Trophy for the top achievement in aerospace for its revolutionary Garmin Autoland system, which debuted on the Piper M600 single-engine turboprop and subsequently became available on the Cirrus SF-50 Vision Jet and the Daher TBM 940 turboprop.

In winning the hardware, Autoland beat out some serious competition, including SpaceX’s Falcon rocket and Dragon 2 spaceship, along with the Bell V-280 Valor high-speed tiltrotor and a greener rocket propellant developed by NASA.

Autoland is truly revolutionary, a system that can in an emergency assume control of the aircraft, and with the push of a button, select a suitable airport to land at, configure the plane for landing by extended flaps and gear at the proper time, fly the approach, flare and brake to a stop—all with no pilot assistance.

While Autoland is an emergency-only system as it is now implemented, it seems clear to observers that the product has almost unlimited potential for expansion into a full-time autonomous flight system, something that is of great interest to developers of the next generation of hoped-for electrically powered autonomous aircraft.

Garmin Autoland: This Changes Everything 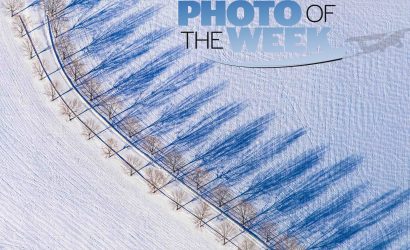