Southern California’s Mojave desert city of Victorville, California, with its low humidity and generally dry climate, make it an ideal spot to dry-dock airliners, like the Airbus A380, that are destined to fly again (maybe) when the economic conditions for operating such behemoths become feasible once again.

In the meantime, the planes are stored and looked after until the time is right. It’s an ideal business model for the Southern California Logistics Airport, which in a former life was George Air Force Base, which fielded McConnell Douglas F-4s and Lockheed F-104 Starfighters, which during the Vietnam War era was a busy place. But even then there were a few constants—wind, heat, dust and, yes, snakes.

There are a few kinds of deadly snakes in the High Desert including the Mojave Green, one of the deadliest snakes in the New World. The Mojave rattlesnake packs a neurotoxin that if not treated promptly immobilizes and kills even large victims, like humans!

Unlike the sticks in the controversial episode of the popular animated Fox Television comedy series The Simpsons, with which Springfield’s townsfolk attacked the town’s snakes in a ritual of snake hate, the whacking sticks that employees of Qantas Airlines, the owners of many of the A380s in Victorville, have developed are designed not to kill the reptiles but to scare them off to slither again.

According to Qantas’ engineering manager Tim Heywood, who travels to Victorville from Los Angeles to do the regular inspections, “Encounters of the slithering and rattling kind are all part of the job. The area is well known for its feisty ‘rattlers’ who love to curl up around the warm rubber tires and in the aircraft wheels and brakes.”

In order to scare off the rattlers, every aircraft has its own dedicated “wheel whacker,” which Heywood said is a repurposed broom handle (FAA part number unknown), that serves a critical role as part of the aircraft’s engineering kit, “complete,” he reveals, “with each aircraft’s registration written on it.”

“The first thing we do before we unwrap and start any ground inspections of the landing gear in particular,” he said, “is to walk around the aircraft stomping our feet and tapping the wheels with a wheel whacker to wake up and scare off the snakes. That’s about making sure no harm comes to our engineers or the snakes. Only then do we carefully approach each wheel and unwrap them before performing our pressure checks and visual inspections.

So far, the whacking sticks, when handled with care, have resulted in no injuries or fatalities to engineers or snakes. 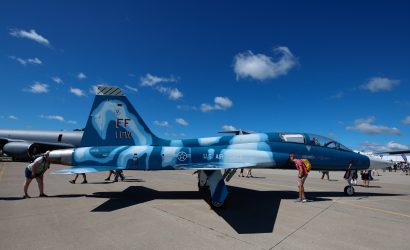 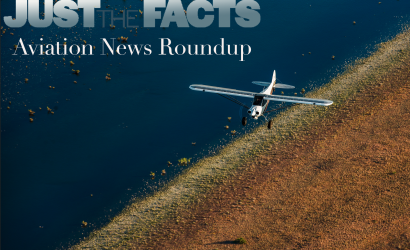 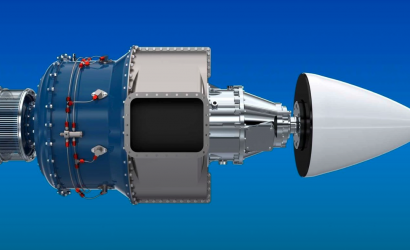