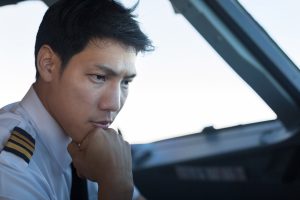 Back in 2016, Administrator Michael Huerta admitted that the FAA needed to modernize its policies regarding the mental health of pilots. Since then, there has been no movement on the issue. And Huerta was the boss. That’s how entrenched and seemingly impervious to change the FAA’s medical branch seems to be.

It’s hard to comprehend the FAA’s stoically outdated stance on mental health, especially since we now know how widespread depression and anxiety, among other conditions, are. One major mental health organization found that anxiety affects more than 40 million Americans, most of whom aren’t getting treatment for it; that more than 16 million Americans have major depressive disorder; and that many millions more are dealing with PTSD, generalized anxiety disorder or persistent depression. And studies show that pilots are not special in this regard. Like everyone else, they experience anxiety and depression and often want to seek help for those and other mental health conditions. A 2016 Harvard study found that more than 12% of active commercial pilots are clinically depressed.

There is help to be found, too. Over the past three decades, researchers, therapists and others have developed numerous new treatments—pharmaceutical, therapeutic and alternative—many of which have a proven track record of greatly alleviating or eliminating the effects of these conditions.

Even with effective tools for helping people cope with depression and anxiety, among other common mental health conditions, the FAA has remained steadfast in declaring that in nearly all cases, any kind of mental health diagnosis or intervention is disqualifying. In the minority of instances when it’s not the immediate end of a pilot’s flying career, the FAA usually requires annual evaluation, which comes at great expense to the pilot. One pilot we know had all of their certificates revoked based on a single prescription for anti-anxiety medication. Fighting the ruling would have cost, they said, more than $200,000 in legal and medical fees.

The situation puts pilots with mental health needs, even minor ones, in an impossible situation. If they want help, they seek it at their own risk, as even a single therapy appointment when associated with a diagnosis of depression will lead to a denial of a medical certificate if the FAA learns of the diagnosis. And pilots are required to disclose any such diagnoses on their medical certificate application. If they intentionally leave out any details related to medical care for mental health, they could be guilty of a federal offense for falsification of the form.

A new article in the Huffington Post by Macy Bayern delves into the issues associated with the FAA Medical branch’s failure to address medical issues using fact-based policies. Bayern lays out the case that what the agency has done, instead, is to erect an unbeatable maze of options. Pilots can’t seek help because if they pursue therapy or medication, their certificates will be revoked. Yet if they decline to disclose that to the FAA, they put themselves at the risk of criminal penalties, including prison.

In the piece, Bayern profiles pilot Carl Eisen, who experienced his first panic attack upon learning of the terrorist attacks on September 11, 2001. Eisen eventually sought treatment, he told HuffPost, using one of the few FAA-approved medications and jumping through the many and expensive hoops to regain flying privileges after he disclosed that treatment to the FAA. After having his medical certificate suspended, Eisen eventually got it back after undertaking a rigorous practice of meditation to deal with the anxiety. It worked, he said, and he eventually earned reinstatement. He retired last year.

Eisen is the exception. Most pilots who seek help either lose their medical certificate outright or decide to not disclose it to their medical examiner.

Those are the facts, and the FAA has responded with a risk-laden (to pilots and aviation safety in general) that stigmatize pilots with mental health conditions and deny them the treatment that any other person should and can seek.

What would a more modern approach look like? That new perspective would include creating fact-based mental health standards, ones that address the real needs of pilots and the real risks associated with them flying instead of erecting a facade of non-policy as a stand-in for the real work. The current system, make no mistake, is based on antique, non-scientific, and ableist views of mental health. In creating this false front, the FAA has chosen to ignore a pressing safety issue, one we know can be successfully managed with smart, evidence-informed policy.

The FAA, which, unsurprisingly, declined to respond to HuffPost’s request for comment, shows no apparent interest in any such reform.