If you spend more than a few minutes walking the show line at AirVenture, you’re going to see airplanes of most any shape and size. You’ll see pocket rockets, sized to fit the biggest engine on the smallest airframe. You’ll see STOL monsters that can land anywhere. Rutan designs push the envelope by introducing unlikely configurations, but there are precious few twin-engine, low-wing, traveling airplanes tied down in the experimental section.

The Twin JAG may conjure images of a twin-engine RV-6A, but we’d advise you to read the room before saying that out loud. If you’re in the midst of a bunch of RV aircraft owners and pilots, you might be in for an argument.  Almost immediately after Jim and Ginger Tomaszewski posted the Twin JAG to the Van’s Air Force web boards, moderators deleted the thread and any mention of it.

But, if it’s that controversial, it’s probably worth a look, right? The Twin JAG indeed began life as an RV-6A that Jim built and flew for years, but he wanted to open the design up and add a few things to it—like, an additional engine, for starters.

In an online post, the Tomaszewskis, pointed out that most experimental aircraft are built from a kit per strict plans, with minimal experimentation involved. “Nowadays, experimental aviation is too full of…the type who think any paint job other than the kit factory paint scheme is a major mod!”

Their baby presently parked at Wittman field is a lot more of a departure from the kit’s plans than a paint job, for sure.

The Twin JAG is 21 feet long, with a 26.5-foot wingspan. With two Corvair 120 hp engines, incorporating the Weseman 5th bearing modification, the Twin JAG took flight in 2018—nope, this isn’t one of the homebuilts that somehow flew off a 40-hour test period in the week leading to AirVenture. Rather than incorporate complex constant speed props to enable feathering after an engine failure, the design features a brake on each engine to clamp down on the ailing engine and manage drag if one engine decides to quit before the rest of the airplane calls it a day. Interestingly, Jim didn’t do this for some crazy speed pursuit—in fact, with its combined 240 hp offset by additional drag and weight, it performs just as it did with an O-320 up front. Well, except for the climb rate with an engine out—200-300 FPM. Try that with an average RV!

Jim and Ginger sat down for an in-depth discussion of the Twin JAG with the WW Flycorvair Youtube channel in a video available here (https://www.youtube.com/watch?v=GIMVkTk26fw)

The Twin JAG landed at Wittman Field last week, shook her tailfeathers and settled down to roost. It’ss tied down at the Fly Corvair tent, tauntingly, 75 feet away from the Van’s Aircraft display. You can bet there will be some raised eyebrows and double-takes this week!

The Twin JAG is parked at the Fly Corvair tent, space 614, between the homebuilt headquarters and forums buildings…and glaring distance from the Van’s Aircraft display. 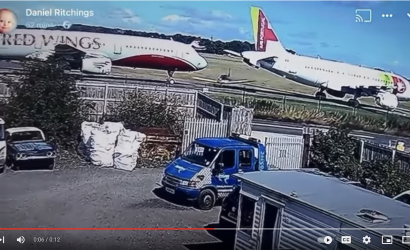 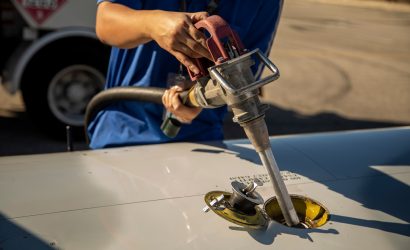