With Wednesday night’s meteorological madness behind us, the people at OSH did what they were there to do: Fly fast planes and take it all in! And did they ever, as you’ll see as our Art Eichmann scours the show grounds and captures some amazing sights. 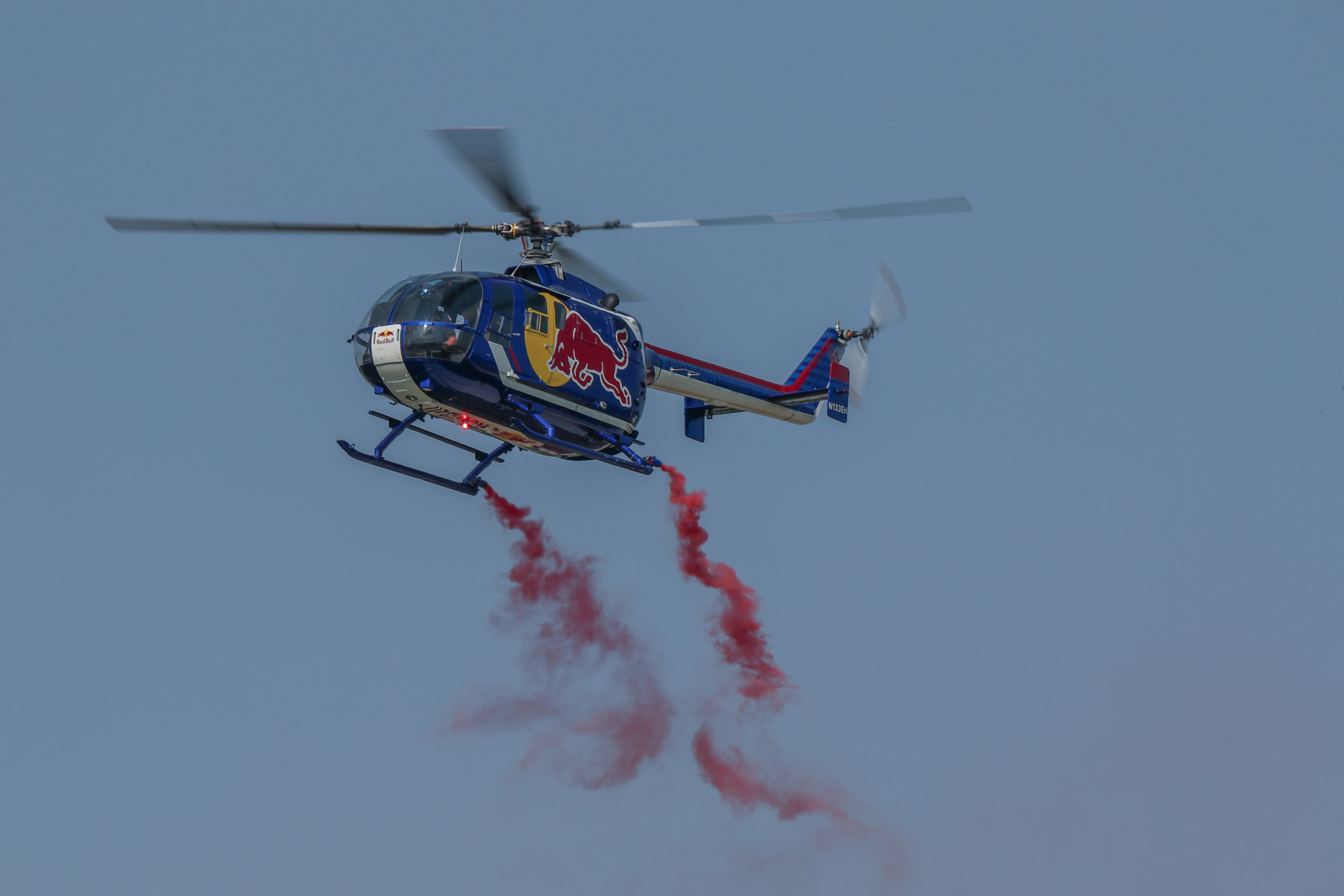 The Red Bull BO-105 helicopter put on quite a show at OSH. The aircraft is the most aerobatic helicopter in the world, and its hinge-less rotor system allows it to do maneuvers that would be the end of any other helicopter.