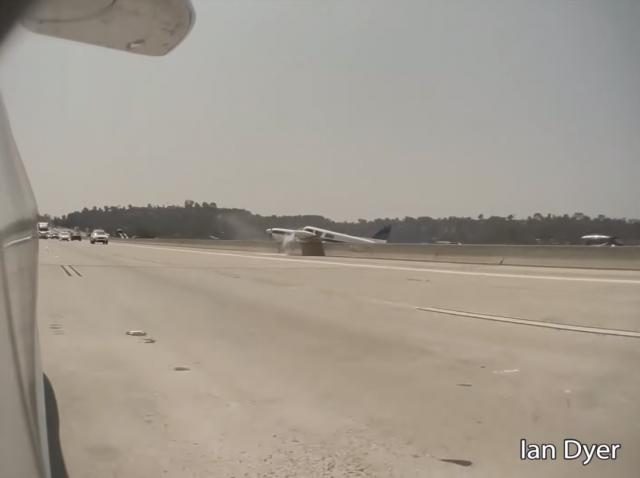 A video has emerged that shows the dramatic forced landing of a Piper PA-32 on the I-5 Freeway near San Diego. The plane hadn’t run out of fuel, that is for sure. During the landing in busy traffic, the plane struck several cars and crashed up on to the center median divider while spilling avgas on the freeway. Two motorists were hurt in the mishap, though their injuries were described by the California Highway Patrol as superficial cuts.

The plane, according to reports, experienced a “mechanical problem,” and we’re pretty sure tht problem was the the engine wasn’t producing enough power (if any) to keep the big six-seat single airborne any longer.

The NTSB is investigating.