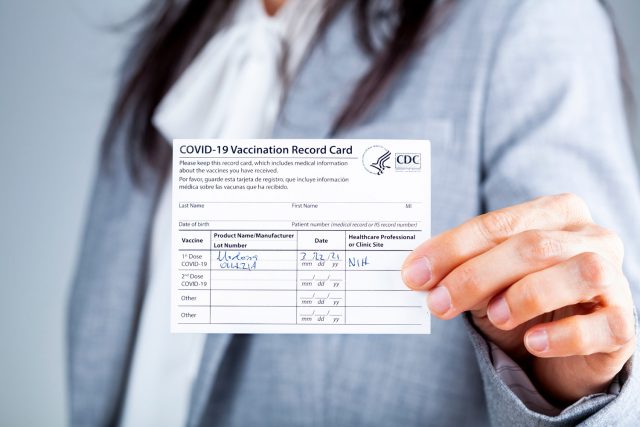 After the National Business Aviation Association (NBAA) announced that it would require vaccinations for attendees at its October 12-14, 2021, Convention in Las Vegas, we decided to ask you how you felt about the subject. We were surprised by your answers to one of the questions and we were shocked at one other trend we saw.

On the question of whether NBAA was within its ethical rights to require proof of vaccination, the divide was quite even, considering that NBAA is a private organization and would, presumably, be granted the right to require whatever it wanted, but 44% of respondents said it was not within its rights to have such a requirement. The key to the high number of naysayers is likely the word “ethical” that we included in the question. About 56% of those who participated in the survey said the organization was within its rights.

The next question, is NBAA being overly cautious in issuing the restriction, was very evenly divided, with 53% saying it was being too careful and 47% thinking the level of caution was wise. This despite the rise of the delta variant of the coronavirus and the attendant rise in hospitalizations and deaths of Americans from COVID-19 over the past couple of months.

Finally, in a redo of a question we’ve posed before in other surveys, we asked where aviation was in terms of our recovery from the effects of the pandemic. To our surprise, just 12% felt as though we were already there, with 10% saying we’d be beyond it in a few months or so. In contrast, nearly 80% thought it would be six months to a year or longer before aviation got on top of this pandemic.

Want more information on proof of vaccination status for pilots and passengers? Click here: Why Vaccine Passports Are the New Cultural Battleground in Aviation