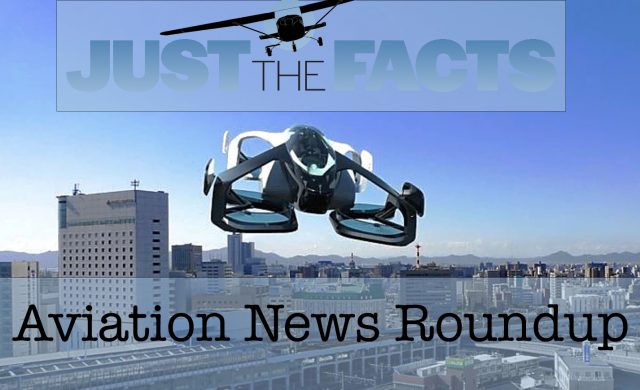 The NTSB found the elevator mechanisms were jammed before the crash of a charter operated McDonnell Douglas MD-87 at Houston Executive last month. The pilots told investigators that the elevator control was like it was “in concrete.” The crew aborted the takeoff late, and the jet overran the runway end and crashed into a field across a road. All 21 aboard escaped the plane, which soon afterward burst into flames.

The FAA conducted an Inclusive Language Summit this week as part of its plan to eliminate biased language from its publications and regulations.

Avionics sales were hot in the third quarter of the month, with manufacturers reporting sales of $1.7 billion in products.

A North American P-51 Mustang went off the runway at Tallahassee International airport last week. The Mustang, operated by the Commemorative Air Force, travels with the organization’s “Rise Above” motivational tour. The pilot was unhurt, and the Mustang suffered a collapsed main gear leg and propeller damage.

The NTSB found that the 2018 fatal crash of a Cessna Citation was caused by a malfunction of the Tamarack active winglets installed on the plane. The Citation was being flown by a single pilot carrying two passengers. Soon after takeoff, the pilot reported he could not control the plane, which shortly thereafter crashed at high speed into the ground. Tamarack is disputing the NTSB’s findings.

Garmin took possession of the Collier Trophy, the most prestigious award in aviation and aerospace for the development and certification of its Autoland safety utility. The award gala took place last week in Washington, D.C.

The United States House of Representatives passed the Infrastructure and Investment and Jobs Act late last week. The bill, which is expected to be signed into law by President Biden shortly, earmarks $550 billion for repairing and enhancing the nation’s roads, bridges, tunnels and airports, among other critical infrastructure. The bill includes billions for aviation infrastructure, including provisions contained in a bill specifically aimed at promoting services in transportation.

A popular Brazilian singer and winner of a Latin Grammy Marília Mendonça was killed when the Beechcraft King Air she was a passenger in struck wires and crashed north of Rio de Janeiro. Four others were killed in the crash.

A Japanese E-VTOL, the Skydrive SD-05, was in the news last week as some stories reported that it had reached a milestone in its certification. It had not. Japan regulators will merely begin the process of beginning the certification process–the dating equivalent would be that girl you like beginning to think about going on a date with you.